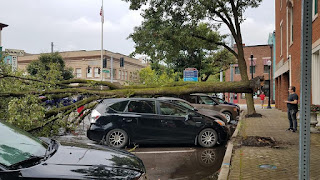 It's been a tough week if you're a downtown New Albany street tree.

When one of your brethren decided to strike a blow against car-centrism, it was inevitable that hostages would be taken, tried, sentenced and quickly dispatched.

No last meals or final requests, just those signature red plastic bands -- and the sound of chortling from Schoolmaster Barksdale as his trademark Husqvarna was lubed and revved for duty. 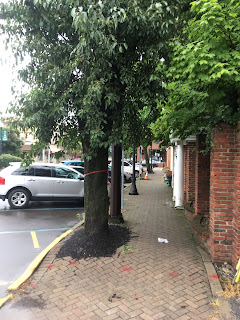 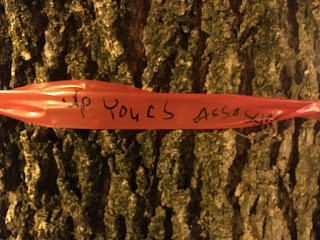 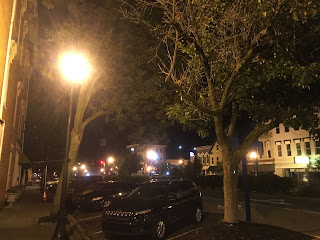 Early this morning, the latest round of carnage was complete on the orphaned south side of Market, by Hannegan Hall. 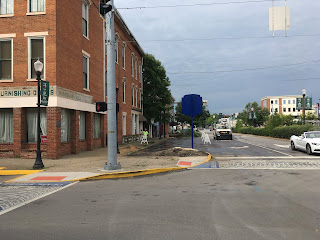 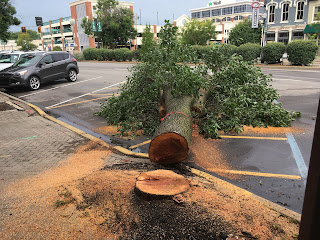 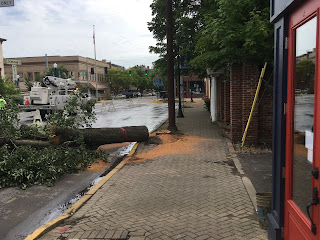 Fellow street tree, your appointment with the Robespierres of the Tree Board will soon be processed.

But for now, there goes your brother, off to be rendered into firewood, with the proceeds destined to be deposited into Dear Leader's burgeoning re-election fund. 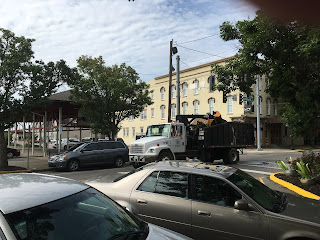 Earlier in the week, for no apparent reason, this row of street trees on Elm Street by the former St. Mary's school received the condemned terrorist treatment. 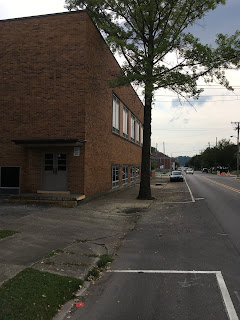 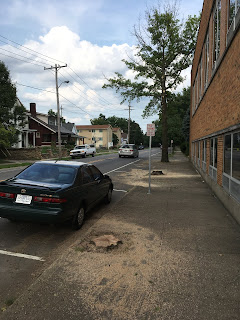 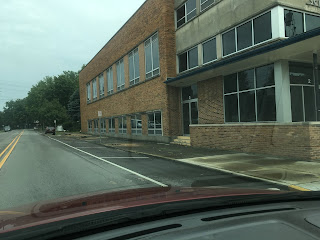 Sarcasm aside, if once -- just once -- an elected or appointed city official would mention aloud the issue of urban heat islands (to cite one relevant example), and display a semblance of awareness of the implications, then I'd be more inclined to accept his or her persistent tree removal reasoning.

But when the rationale for removal embraces the crazed notion that trees must be removed so our precious historic buildings can be properly viewed by people in passing cars who are too lazy (or overheated) to get out and walk, then I call bullshit -- and will continue to do so.

Earth to Gahan: Street trees increase home prices, shade trees reduce household energy use, and these effects can be measured and expressed in dollars.

Chainsaws are the soundtrack to our anchors: "How Should We Pay for Street Trees?"

When the church on our street (Shelby Street) cut down all the trees for a parking lot, they said no one would park under trees due to bird droppings. Soon after deforestation and paving, cars avoiding the lot, saying it was too hot to park there with no shade.