The newspaper faithfully records what Deaf Gahan wants us to know about the new zoning ordinance. Boots, meet fish tanks. 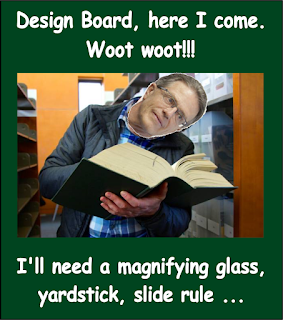 As we contemplate the questions that might yet be asked, from the intended effect on slumlords and the public housing putsch, to those fine-print exceptions required for heroic statuary of Deaf Gahan to be erected on mid-slope by the sad bison at our Summit Springs fun mudslide park, here is by-the-numbers coverage from the local chain newspaper.

Over the next few weeks, the City of New Albany will be conducting public input sessions to gather feedback about its revised zoning ordinance, which will set new requirements for any future buildings (and all other projects) that residents and developers want to bring to the area.


About this 11th Street Development firm ...

1. It’s the first overhaul of the city’s zoning ordinance since 1971.

The vision for New Albany has changed quite a bit since the ‘70s, but the city’s zoning ordinance has not.

There have been some updates to the ordinance on an “ad hoc basis,” but not much beyond that, said Brian Stumpf, the president of 11th Street Development, which is based in Lebanon, Ind.

The original ordinance was based on a comprehensive plan for New Albany that was written in the 1960s, according to Stumpf.

“Much like zoning in the 1970s, this envisions New Albany as a suburban community, very low-density, very residential,” he said.

That’s not the vision the city has for New Albany now.


We already know that Deaf's personal vision is tinted green. It involves a regimented wetting of beaks, but it's always nice to have a new age contractor to apply lipstick to City Hall's in-house porcine campaign finance generator. 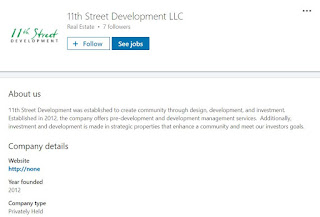 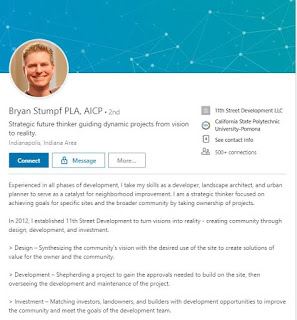 It will be interesting to see when 11th Street's reported iceberg-tip donations begin. 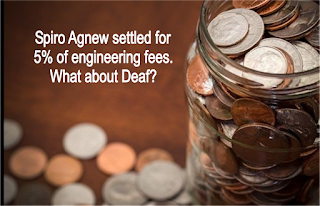 The numbered newspaper list continues; you can go to the newspaper's web site with a machete, cut through multiplying thickets of Tom May-penned content, and read the list in its entirety. In the process, you'll absorb exactly what City Hall wants you to believe, sans critiques or hard questions.