GREEN MOUSE SAYS: What does it mean, this social media surge by Nick Vaughn?

Here is a sampling of recent posts at Nick Vaughn's "political" page at Facebook, and there's also an intriguing  MailChimp link to "join (his) movement."

If you share my vision of a more prosperous New Albany, I urge you to connect with me and help make it happen!


You'll recall that in 2015, Vaughn fell just short of capturing the Republican nomination for 6th district councilman. Vaughn also has contributed several guest columns to this blog, and currently is majoring in history at Hanover College.

What is meant by all of this?

Surely Vaughn is hinting at a campaign of some sort in 2019, and given the ongoing silence from presumptive GOP mayoral candidate Mark Seabrook, it would seem an advancing charisma gap is being preemptively addressed. Gahan's gotta go, but Republicans need to bring their A-game if they're serious about overturning Dear Leader's vast stacks of cash.

Energy and enthusiasm wouldn't hurt, "red wave" aspirants. Vaughn has both in abundance.

You're advised to keep a close eye on this one. 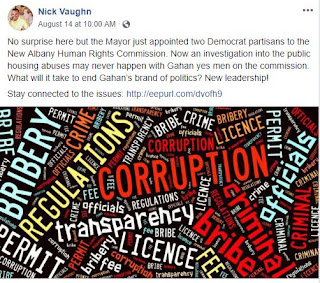 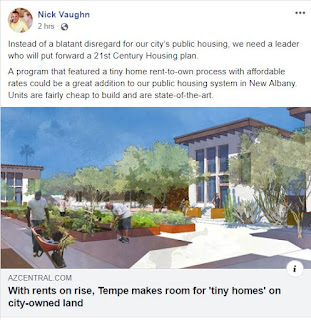 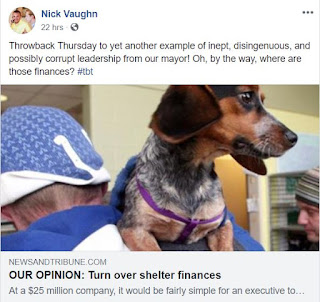 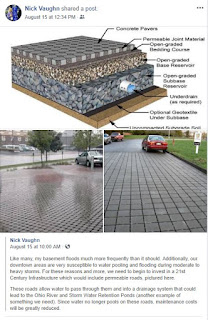 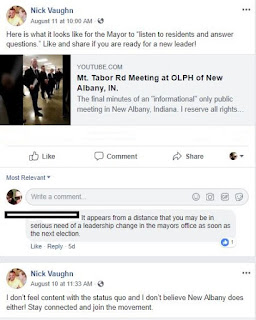 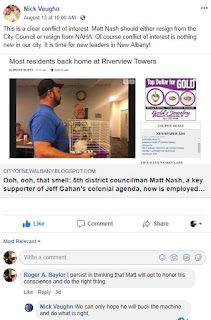