New Albany has a Klingon composer. 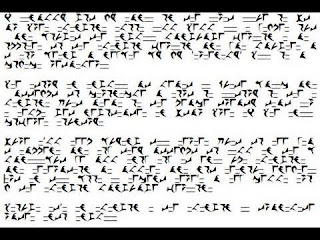 I'm not a science fiction kind of guy, but languages fascinate me even if I've never managed proficiency in any of them apart from English.

New Albany-based cellist and composer Jon Silpayamanant wrote his first opera several years ago. Like many of the great classics, it’s not sung in English.

But instead of German or Italian, Silpayamanant’s work is written in Klingon.

Yes, Klingon — the bloodthirsty aliens from Star Trek with bumpy foreheads, whose language of the same name is perhaps not the most musical (when asked if he needed to warm up before singing, Silpayamanant laughed and said ‘Oh, that doesn’t matter for Klingon). There are a lot of consonants placed back-to-back, and some guttural sounds.

But Silpayamant is not the first person to find the beauty in an alien language.

There is a whole subset of sci-fi and fantasy fans — and linguists — who are interested in constructed languages; things like Tolkien’s Elvish languages, the dialogue in the Star Wars universe, and of course, Klingon.

And there are societies based around learning these languages.

Last weekend, the Klingon Language Institute held its annual q’uepa — that’s Klingon for ‘big meeting’ — in Indianapolis. Most of the attendees were there to listen and learn about the nuts and bolts of the language, like syntax and proper grammar. It’s a pretty robust language with synonyms, swear words and a full dictionary ...