Learn about the Taco Steve Recovery Fund at GoFundMe. 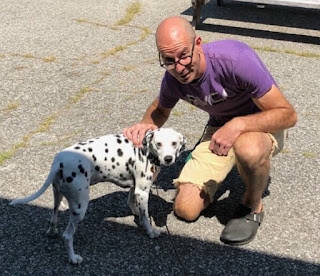 To know Stephen "Taco Steve" Powell is to love the guy, so consider a donation to help with his recovery from a broken hip. In terms of business, Steve has staff, and things are on a normal footing.

My name is Heather Morris and I have decided to start a GoFundMe for my friend and business colleague, Stephen Powell a.k.a. Taco Steve.

On Friday August 10th Taco Steve founder (and head chef extraordinaire), Stephen Powell, was involved in a serious skateboarding* fall resulting in a broken hip. He has since had to undergo a pretty major surgery. He is now partially bionic with a metal plate and two screws holding his hip in place.

Unfortunately Steve was uninsured and will be out of work for an undetermined amount of time. The medical bills will be there (est. $40,000-50,000) and he will have time to figure out a plan for his future, but really needs support for his short term medical expenses and loss of income.

Let’s show this awesome guy and figure of our community the support he deserves and help him through his recovery by giving him some peace of mind that everything will be alright in the meantime!

* He has since submitted his paperwork resigning from the world of skateboarding indefinitely, quoted: “I am too old for that shit.”