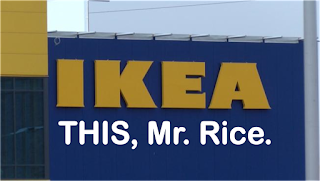 At this morning's merchant meeting, attendees were told by the city's business coordinator Tonya Fischer that the recently ballyhooed Market Street "facelift" between Pearl and State will not be finished before Harvest Homecoming. Rather, it is to begin afterward.

She hinted that burrowed deeply somewhere in the shadowy labyrinth of Jeff Gahan's down-low bunker, there'd been second thoughts about the final configuration of this expenditure with money donated by the Horseshoe Foundation.

One might hope, but Team Gahan doesn't take well to critiques or criticism, and my guess is it's about bad timing with regard to the annual festival.

But let's make no mistake. Nothing I've seen lately epitomizes the city's gorwing problem with "institutional inbreeding" quite as grandly as HWC Engineering's (who else?) hilarious mock-ups of this project, a Disney-meets-outlet mall pastiche of anti-urban design elements reflecting the emperor's perennial tastelessness as well as the apparent absence of integrity among staffers placed in charge of preserving an asinine median, adding a car-centric turn lane to westbound Market (which barely registers vehicular traffic), felling any and all nearby trees, truncating the sidewalk on the northern side, adding IKEA chairs and hideous commemorative median "art," then boldly declaring victory for pedestrians in a setting that has been "upgraded" for drivers alone.

Even George Orwell might register a guffaw at the sheer mindlessness of it. What's more, amid the comedy of the mayor's loyal kept Republican (David Barksdale) wrestling with the city engineer for control of the project on behalf of the redevelopment commission so he could ensure that all existing trees were designated for removal -- it's gotta be a fetish, folks, the dude who hates trees sitting on the Tree Board -- there was the fact that all the money was slotted for the north side of the street, and none at all on the south side, where two completely restored older buildings are about open for business.

It's the same closed-loop people making the same moribund and template-inspired decisions with the same continuing obligation to connect the dots between contract winners and the mayor's campaign finance war chest; currently they are completely exhausted of any semblance of creativity, and unfortunately, it shows.

We'll have to abide these cumulative design mistakes for decades, scraping to pay for genuinely useful improvements because there'll be nothing left in the till that isn't committed to the Reisz Mahal, the Summit Springs Mudslide & Fun Park and a parks department with a budget exceeding that of some postage stamp principalities.

There's an answer: FireGahan2019. Catch up with the lunacy via these links:

SHANE'S EXCELLENT NEW WORDS: Umbrageous boughs? Not on Market between Pearl and State.