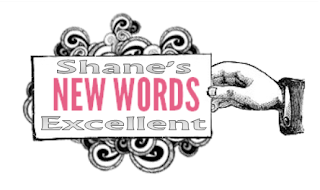 I received a message from a 20-something friend.

proud boys at B. can we run them off?


I'm no longer affiliated with B, and subsequently there may have been a disturbance, but that's irrelevant. My attention was directed to "proud boys," the meaning of which I somewhat correctly guessed.

However, be forewarned that proud boys aren't the same as Duran Duran's wild boys from the distant mirror known as the year 1984.

Interestingly, the band's song was written with a previous example in mind.

The Wild Boys: A Book of the Dead is a novel by Beat Generation author William S. Burroughs. It was first published in 1971 by Grove Press. It depicts a homosexual youth movement whose objective is the downfall of western civilization, set in an apocalyptic late twentieth century.


Maybe the two are closer than it seems. The Urban Dictionary yields clarification.

This is what happens when a bunch of redneck wankers finally get the truck running long enough to leave the trailer park and drive around yelling names at anyone who doesn’t wear a MAGA hat and smell like beer piss.
Those proud boys were sure as hell surprised to find out that the 6’ 2” 275 lb power lifter didn’t like being called “libtard”.