Top Ten List: Shit our Democrats say, or "The Top Ten Reasons Why It's the Hospital Sale, Stupid." 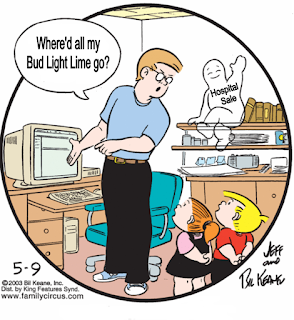 In 2016, Floyd County government officials, most but not all of them Republicans, approved the sale of Floyd Memorial Hospital, now known as Baptist Health Floyd.

Denied a $$$piece$$$ of the action, and as ever conveniently ignoring the fact that the city of New Albany is located within the county of Floyd, municipal Democrats have since become disturbingly prone to shifting any discussion whatever -- about public policy, private behavior or the best ribs in town -- to whining about the county's sale of the hospital. 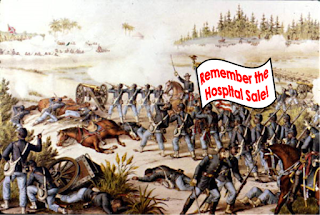 Following are NA Confidential's Top Ten Reasons Why It's the Hospital Sale, Stupid.

10. We had to flip sides and subsidize the Summit Springs Luxury Mudslide Strip Mine Fun Park, give sewer tap-in waivers to wealthy Indy developers for the Break Wind Lofts at Duggins Flats, and strong-arm millions of dollars from the Horseshoe Foundation to spread around town like Jolly Ranchers ... all because of the hospital sale.

9. Once the dastardly Republicans sold the hospital, we had no choice except to take over the housing authority, give David Duggins a raise, evict the residents and demolish their homes. In fact, Duggins was so depressed about the hospital sale that he went to Keeneland for contractor therapy.

8. We had to paint anchors on every stationary object (and probably a few squirrels). Republicans sold the hospital, you know, and anchors are a well-known symbol of resistance.

7. If not for the hospital sale, we wouldn't have found it expedient to accuse Al Knable of crimes against humanity as they pertain to insignificant comments about separate 9-1-1 emergency call centers.

6. We had to spend $10 million on a new luxury city hall because after all, the damn Republicans sold the hospital out from under us.

5. Susie said if the hospital hadn't been sold, there'd have been no need for the school referendum we supported.

4. C'mon, face it, any Democratic city recoiling from the horror of Republicans selling the hospital would understand why we transformed a revolutionary two-way street grid modernization plan into just another pay-to-play, vote-buying, shoddy-ass downtown paving project.

3. Yes, it's true that when we split the city-county parks department, built a veritable Titanic of water parks and added $3 million yearly in parks and recreation budgetary outlays, the hospital had yet to be sold, but Adam said we were just being pre-emptive.

2. Why would anyone want to see Bob Caesar's sacred Bicentennial Commission financial records when the Republicans sold that hospital?

1. If Jeff Gahan doesn't get re-elected, and if Democrats don't retain control of the city, so many heads are going to roll, and so many loyalist beaks will be cruelly denied their traditional wetting, that the hospital sale's going to seem like chump change by comparison. Consequently, if yelling "Remember the Hospital Sale!" helps Democrats hold power, it saves us the trouble of asking Comrade Putin to hack the election results ... in return for the hospital.
Posted by The New Albanian at 7/20/2018 09:20:00 AM