Got soul in the game? "Debt is way too seductive for those without skin in the game." 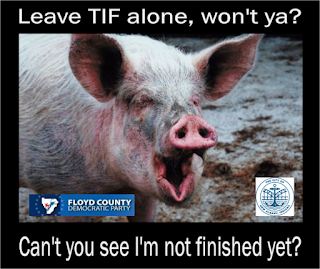 You keep saying these words, but I'm doubtful you know what they mean.

Kindly tolerate another of my periodic reminders to take a glance at Strong Towns. Local community pillars ranging from Bob Caesar to Greg Phipps won't, and that's why you should.

The key sentence is this installment: "Cities should be limited to 5% of their locally produced revenue for annual debt service."

Think we're at the threshold in New Albany?

DEBT IS NOT A FUNDING SOURCE, by Charles Marohn (Strong Towns)

In the past week I was subjected to three instances where public officials – one elected and two professional staff – indicated that debt was a major funding source for a project they were advocating for.

And they said it in such a matter-of-fact way it suggested they considered debt an equal – perhaps superior – form of funding, at least on par with the raising of taxes or the imposition of fees.

Debt. Bonding. The borrowing of money to spend today but repay in the future...

I have a simple solution: Cities should not be allowed to finance anything for periods longer than 25 years (or, put another way: the generation assuming the debt should pay it back). Cities should be limited to 5% of their locally produced revenue for annual debt service. I would allow that to increase to 10% — where I’d set a hard cap — if a majority of voters, through public referendum, approved it.

Such a provision would make life more stressful for today’s local officials, but tomorrow’s officials would find themselves in cities that were far stronger. Making that tradeoff is what it means to have soul in the game. Soul in the game is fundamental to building a Strong Town.