In New Albany and the world: "Systemic, collaborative localization is ultimately the most effective antidote to authoritarianism." 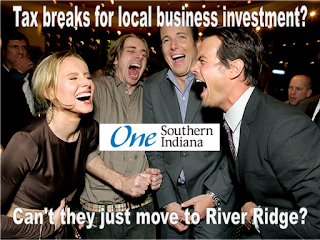 It's a solid long read for a sultry Sunday.

For those who care about peace, equality and the future of the planet, the global political swing to the right over the past few years is deeply worrying. It has us asking ourselves, how did this happen? How did populism turn into such a divisive and destructive force? How did authoritarianism take over the political scene once again?

From my 40 years of experience working in both industrialized and land-based cultures, I believe the primary reason is globalization. When I say globalization, I mean the global economic system in which most of us now live – a system driven by continual corporate deregulation and shaped by neoliberal, capitalist ideologies. But globalization goes deeper than politics and the economy. It has profoundly personal impacts.

Under globalization, competition has increased dramatically, job security has become a thing of the past, and most people find it increasingly difficult to earn a livable wage. At the same time, identity is under threat as cultural diversity is replaced by a consumer monoculture worldwide. Under these conditions it’s not surprising that people become increasingly insecure. As advertisers know from nearly a century of experience, insecurity leaves people easier to exploit. But people today are targeted by more than just marketing campaigns for deodorants and tooth polish: insecurity leaves them highly vulnerable to propaganda that encourages them to blame the cultural “other” for their plight.

Let me illustrate how this happened in Ladakh, or Little Tibet, where I first visited as a young woman and where I have worked for over four decades ...

... To reverse this trend, neither a politics of identity, nor of conventional ‘left’ versus ‘right’ politics, is sufficient. Instead, we need to fundamentally change the structural economic forces at the root of the problem. Those forces have been unleashed by the deregulation of global banks and corporations, and reversing that process is our best hope for peace and stability.

In order to see how corporate deregulation has led to a breakdown of democracy, to increasing fundamentalism and violence, and to the rise of far-right political leaders, it is vitally important that we see the broader connections that mainstream analyses generally ignore.

The rise of authoritarianism is just one of many interrelated impacts of economic globalization. Today’s global economy heightens economic insecurity, fractures communities, and undermines individual and cultural identity – thereby creating conditions that are ripe for the rise of authoritarian leaders. If globalization’s environmental costs – climate change, desertification, flooding – are allowed to rise, we can expect ever larger waves of refugees that will further destabilize nation-states while straining their willingness, as well as their ability, to act humanely.

The most strategic way to address all of these crises is to immediately begin scaling down and decentralizing economic activity, giving communities and local economies the ability to meet as many of their own needs as possible, including the human need for connection.

The movement for economic localization will require many facets of strategic change-making: the spread of awareness, dynamic political campaigning, enlightened grassroots action and international collaboration. This may seem inadequate to the scale of the crises we face, but the banner of localization has the potential to engage huge numbers of people from both sides of the traditional political spectrum, and to bring together hundreds of single-issue campaigns. It enables us to move past the “blame game” and the antagonistic divisions caused by confusion and fear-mongering, instead uniting us in a common cause underpinned by big picture understanding of the common roots of our many crises. In this way, systemic, collaborative localization is ultimately the most effective antidote to authoritarianism.