BEER WITH A SOCIALIST: Pints&union beer list theory and practice. 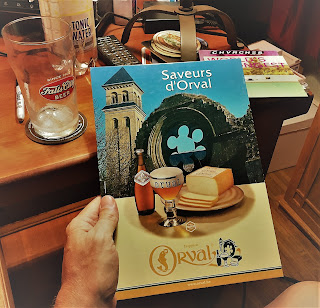 It is heartening to know that many of you are eager to have a beer at the pub. The Indiana Alcohol & Tobacco Commission (ATC) permit waiting game has commenced, and at some point in the next few days, the license should emerge from escrow.

When it does, Pints&union will open for business. For those just tuning in:


Owner Joe Phillips' plan for Pints&union has continued to evolve since we first began brainstorming. There will be food, cocktails, wine and an old-school pub atmosphere. There won't be television. When I dropped by there yesterday, Joe had Blur and Liam Gallagher playing on the sound system, though not simultaneously.

Of course, even monks clinging to Tibetan mountainsides know that my personal contribution to Pints&union is the beer program, which is why I typically have less to say about the other aspects of the pub. Beer has been my life, and I'm thankful to Joe for the opportunity to reformat the better beer experience for another generation of pub-goers.

My primary mission with the beer program at Pints&union is to emphasize beer fundamentals, rediscover timeless beer virtues, and explore the many possibilities of beer -- albeit slowly and meticulously, not at warp speed.


Hovering always in the background of my beer consciousness is a recognition that much of my professional career in beer and brewing has been devoted to assisting in the creation and furtherance of "good beer bar" templates in what now would be considered a contemporary sense.

I'm proud of this and I'll always love what we've achieved, but it must be conceded that in my rapidly approaching dotage (I'll be 58 years old in two weeks), contrarianism is king. When the pendulum swings too far in one direction, it's time for a correction.

Kaleidoscopes, tilt-a-whirls, merry-go-rounds, spinning hamster wheels, coin flips, the shuffling of decks, revolving doors, and pin-the-tail-on-the-rotating taps no longer enamor me. More power to the practitioners and their fans. I seek only to animate a slower-paced, thoughtful and more contemplative alternative.

At Pints&union, the beer list will provide an opportunity to think outside the current box by going back to the egg.

Subject to last minute changes, there'll be roughly 36 choices on the beer list when Pints&union opens. At least seven of these will be on draft, five permanent and two seasonal. It may be possible to sneak a sixth barrel into one of the keg boxes.

My beginning aim is to offer around 30 everyday bottles/cans; in terms of styles and sub-styles in a rough Beer Judge Certification Program (BJCP) approximation, I'd say there'll be at least 20 different styles represented and possibly as many as 25 or 26 (including drafts), depending on today's coin flip barometer for such distinctions.

The list of bottles and cans will be expanded as we grow, with an ultimate destination of 50. The Belgian ale component will be significant. When all is said, done and stocked, IPAs will number four, maybe five ... total. That's all. There'll be hops, but in context. The goal is a high-quality short list embracing history and stylistic diversity, with little turnover and a relatively fixed selection.

Seasonal and one-off beers won't be neglected. My theory is that when a thoughtful balance between daily undertow and occasional treats is restored, so will the very definition of "special." That's because when everything is special, nothing is.

To me, the best part of it to me is that within a few blocks of Pints&union in downtown New Albany are numerous other establishments with probably another 125 draft lines (or more), as well as countless bottles and cans. There's something for everyone, beer-related or otherwise.

Family-owned and -operated small indie businesses are responsible for every last bit of this growth, and it's a delightful culmination of sorts for all of us who spent time and money to fill the downtown doughnut hole.

Pints&union will be another of these establishments. It's a small building, and Joe has a big heart -- and, as the guy tending the beer, I understand the business must live within its means. There cannot possibly be an expansive beer selection like the one at the Public House, Holy Grale, Sergio's or HopCat.

Spatial reality lends itself to intelligent selection, and incorporating my beer and brewing experience, this is what I intend to achieve. I hope to be seeing you soon.
Posted by The New Albanian at 7/21/2018 01:07:00 PM