GREEN MOUSE SAYS: Whither Mr. White? I'd like to be an ant at THAT picnic. 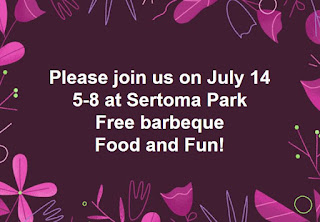 David and Beth White were in attendance at council chambers last week when four captive Democrats and a vaudevillian of a compromised Republican combined to usher in the Imperial Era of the Reisz Elephant.

You'll recall David's 2015 Democratic primary loss to Jeff Gahan's big money. He's a longtime entrepreneur and a businessman, and currently serves as chairman of Harvest Homecoming. I've known David since my college days, when he ran a sporting goods store at Highlander Point.

More recently, both Whites have been active on behalf of tenant rights amid the turmoil as Gahan's hostile takeover of public housing unfolded. At a time when others have zipped their lips, David and Beth have been unafraid to openly address the debacle.

Returning to last Monday's council meeting, Beth already had spoken about Reisz a few days earlier at the public information session hosted by Dan Coffey, and David took his allotted three minutes during public speaking time to offer his thoughts on the $10 million city hall transfer. Interestingly, he peppered his comments with observations about the mayor's deceit, bullying, nepotism and our vastly expanded municipal indebtedness.

Around the same time as council was regrettably approving Gahan's arrogant push to spend millions on himself, as opposed to locals in need, an announcement (above) appeared on social media. It seems the Whites are having a low-key picnic this Saturday.

There has been no formal announcement of David White's political plans, but a second primary challenge to Gahan seems likely. There'll be plenty of time to consider the implications, so we can leave it there for now. Suffice to say that things may be getting interesting. All together now: