BEER WITH A SOCIALIST: A Pints&union preview in the News and Tribune. 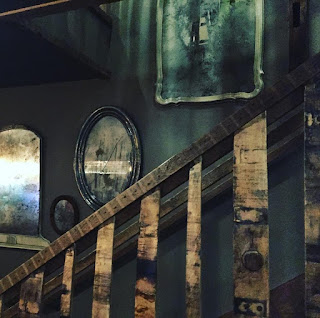 Pints&union will be opening for regular business hours next week. This much I know. Otherwise, please connect with the Facebook page to keep informed about details.

Now for another pub preview, courtesy of the local newspaper. As of about 2:00 p.m. today, all the draft lines should be up and running, and a big shout-out goes to Kenny Henson of Monarch Beverage/World Class Beer for his efforts in fine-tuning the keg boxes. Joe and the rest of the team have been putting in the hours. All that remains is to tie up 1,001 loose ends and unlock the door.

UK-inspired pub opening in New Albany next week, by Danielle Grady (News and Tribune's Deep Repository of Tom May Content)

NEW ALBANY — Pints & Union is a United Kingdom-inspired pub that doesn’t have to slap you in your face to tell you that it is one.

Instead of Union Jacks plastered to the walls and the sounds of generic folk music being piped through the sound system, owner Joe Phillips has hung Victorian-esque paintings he found at auctions and opted for modern, British-inspired tunes.

The limited selection of nine beers on tap will feature European favorites (a Guinness stout, a Fuller’s London Pride and the Czechian Pilsner Urquell), but the food, served small plates-style, will be world-inspired with a bar bites twist: tikka masala wings and pickles coated in Lebanese spices.

The British Empire did once extend to almost every continent, after all, Phillips reminds ...