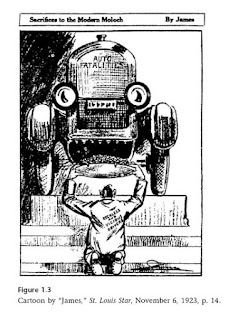 "I’m not trying to blame the car for everything that’s wrong in America. But it is increasingly clear that in addition to wasted time and productivity, reduced quality of life, and even fatalities, the automobile takes another toll. It may be that cars are not only the chief destroyer of our communities, but are tearing at the nation’s political and social fabric."

Car dependence not only reduces our quality of life, it’s a crucial factor in America’s economic and political divisions.

Urbanists have long looked at cars as the scourge of great places. Jane Jacobs identified the automobile as the “chief destroyer of American communities.” Cars not only clog our roads and cost billions of dollars in time wasted commuting, they are a terrible killer. They caused more than 40,000 deaths in 2017, including of some 6,000 pedestrians and cyclists.

But in the United States, the car plays a fundamental role in structuring the economy, our daily lives, and the political and social differences that separate us.

Writing from prison in the 1930s, the Italian Marxist Antonio Gramsci dubbed our modern economic system Fordism—invoking the system of automotive production developed by Henry Ford. On the factory floor, Fordism described the powerful synthesis of scientific management and the moving assembly line, which revolutionized industrial production. Applied to the economy, the term captured Ford’s move to higher pay for his workers—the famous $5-a-day wage—that enabled them to buy the cars they produced. At a broader societal level, Fordism catalyzed the shift to a mass suburbanized society.

As Ford himself once put it: “We shall solve the city problem by leaving the city.” The car enabled the American suburban dream, prompting the relocation of the middle class, industry, and business from the city. In doing so, it helped shape the relatively short-lived era of post-World War II prosperity and the rise of a stable, blue-collar middle class, stoking economic demand for the products coming off the country’s assembly lines.

But today, the car plays a central role in worsening America’s social, political, and economic divides.

This can be seen in a simple statistical-correlation analysis by my colleague and frequent collaborator Charlotta Mellander ...