But Ms. Duncan, when will the News and Tribune begin to "speak out" on relevant local issues and "challenge" local leaders? 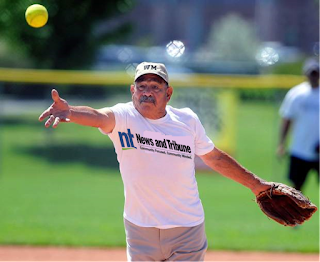 Comfort the afflicted and afflict the comfortable. The newspaper manages the first half of the equation, but seldom the second.

Silence is complicity — no matter the realm.

Failing to speak up — about anything — indicates a level of acceptance.


As long as Jeff Gahan keeps spending taxpayer money on this ... 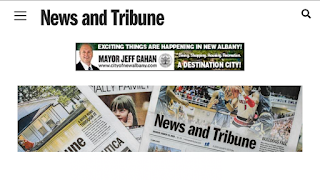 ... will the newspaper ever "challenge" the mayor as those demonstrators did Mitch?

People who yelled at U.S. Senate Majority Leader Mitch McConnell as he dined in Louisville last weekend — it happened twice at two different restaurants — had reached the point where they could no longer keep quiet.

People in leadership positions understand, or should realize, they will be challenged. Not everybody is going to agree; unanimous consensus is elusive.

Our civility today has been diminished, but not our civic responsibility. We should speak out. And circumstances sometimes demand we speak up at a decibel that reaches yelling.