Obama aide: "We’d run against Hillary eight years ago with the same message Trump had used." 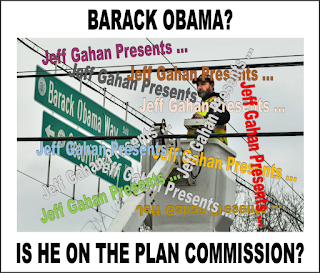 Dowd refers to a new book by former Obama aide Ben Rhodes, “The World as It Is.”

Meanwhile, Bill Clinton -- on second thought, no. It's just too depressing to contemplate.

Obama – Just Too Good for Us, by Maureen Dowd (NYT)

... It is stunning to me, having been on the road with Barack Obama in the giddy, evanescent days of 2008, that he does not understand his own historic rise to power, how he defied impossible odds and gracefully leapt over obstacles.

He did it by sparking hope in many Americans — after all the deceptions and squandered blood and money of the Bush-Cheney era — that he was going to give people a better future, something honest and cool and modern.

But by the end of his second term, he had lost the narrative about lifting up people, about buoying them on economic issues and soothing their jitters about globalization. They needed to know, what’s in it for them?

He pushed aside his loyal vice president, who was considered an unguided missile, and backed a woman who had no economic message and who almost used the slogan, “Because It’s Her Turn.” Then he put his own reputation for rectitude at risk by pre-emptively exonerating Hillary Clinton on the email issue, infuriating federal agents who were still investigating the case.

The hunger for revolutionary change, the fear that some people were being left behind in America and that no one in Washington cared, was an animating force at the boisterous rallies for Donald Trump and Bernie Sanders.

Yet Obama, who had surfed a boisterous wave into the Oval, ignored the restiveness — here and around the world. He threw his weight behind the most status quo, elitist candidate.

“I couldn’t shake the feeling that I should have seen it coming,” Rhodes writes about the “darkness” that enveloped him when he saw the electoral map turn red. “Because when you distilled it, stripped out the racism and misogyny, we’d run against Hillary eight years ago with the same message Trump had used: She’s part of a corrupt establishment that can’t be trusted to change.”

Bad time to figure that out.