Following up: the Redevelopment Commission's resolution RC-06-17 is released, but not documents pertaining to the terms of the $750K handout to Denton Floyd. 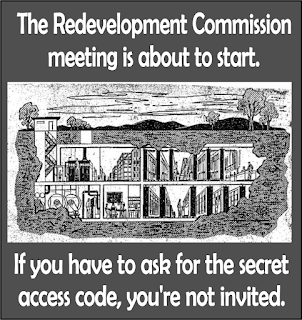 As you'll see below, the Redevelopment Commission's Josh Staten complied promptly (two days) with my request to view the text of RC-06-17, the commission's resolution to spend public funds on the renovation of the Reisz Elephant, as well as two other buildings. I appreciate Staten doing this. 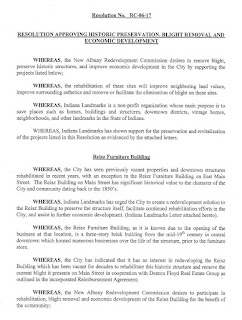 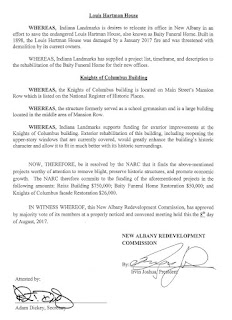 However, we've yet to see documents pertaining to conditions, agreements and contingencies approved by the city and Denton Floyd as a prelude to the handover of the check.

Reisz Elephant: Lawyer Gibson hails redevelopment's back-room RFP fix as an excellent way to do business with just one company.


To reiterate, throughout city council’s discussion of the Reisz project, from May 2018 to the present, including the 35 questions for Gibson to answer (or artfully evade) on June 21, the actual text of the resolution and the content of accompanying legal documents have not been seen … by anyone, on council or off, although presumably the council’s two redevelopment representatives at the time, David Barksdale and Bob Caesar (the latter since replaced) viewed the terms.

These details are rather important, aren’t they?

Would any self-respecting attorney merely hand a $750,000 check to a contractor without specific language about the terms of the transaction taking place? There'd be signatures, right? And wouldn't there be detailed explanations of contingencies, the simplest being things like insurance coverage and time frames?

Or are we to believe that former (seriously?) redevelopment chieftain David Duggins brought a briefcase filled with C-notes to the limousine for Denton Floyd's public-officials-only Keeneland junket (with paid models) last September?

Isn't it impossible to believe that the Redevelopment Commission resolution and/or legal agreements between the city and Denton Floyd explaining the $750,000 payment AREN’T accompanied by somewhat more than a post-it note reading “if Reisz doesn’t happen, just keep the money and tear down that motherfucka”?

Gibson stood before council on the 21st and said there are only two options for Reisz: the mayor's plan, or the landfill. Perhaps the reason redevelopment doesn't want anyone to see the documents pertaining to the $750,000 is that other options are mentioned therein -- and if so, wouldn't this render a "yes" vote null and void?
Posted by The New Albanian at 6/30/2018 12:59:00 PM