GUEST COLUMN: David Barksdale must recuse himself from the Reisz city hall vote. 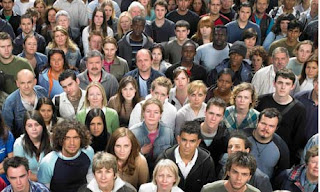 During the time I’ve been paying attention to the local scene, there simply has not been any point of comparison with the atmosphere today in terms of retribution, intimidation and implied vengeance.

For those in support of the opposition, the consistent message is there’ll be hell to pay if the incumbent loses his bid for re-election.

My calls for UN election monitors and assistance from the Jimmy Carter Center are only partly in jest, because the situation is getting increasingly tense as voting draws near.


It's three years later, and my efforts to enlist just one or two local contractors to comment on the process by which Denton Floyd was handed the Reisz city hall project, with an unprecedented accompanying cash gift of 750,000, have met with eerily similar replies: "Roger, how can we still do business in this city if we talk openly about this?"

Trust me, folks. Had Team Gahan solicited open bids with the promise of three-quarters of a million up front, with the building's purchase price already pre-determined, and the promise that future EDIT money would preclude the possibility of failure ... let's just say that numerous contractors would have been competing for the project.

But the fix was in, and as I write, redevelopment continues to withhold the documents detailing the terms of the $750,000 check's handover to Denton Floyd -- unless, of course, there are no documents.

I can verify the identity of the writer of this guest column, who also fears retaliation. Many community pillars don't want to hear it, and it's time their snooze ceased. It is a well-founded fear, and an oft-repeated reality. The only surprise at this point is that members of Gahan's inner circle haven't started wearing identical leather jackets.

Some of you know me well. Some of you barely know who I am. I no longer attend your meetings as frequently as I once did. Why? Because I sincerely believe that you as a body and you as individual councilmen have no interest whatsoever in hearing from your constituents, whether they are knowledgeable resources you could use or deluded lunatics. You ignore anyone who does not pay to or get paid by you.

This “deal” with Denton Floyd for a luxurious new city hall on Main Street is not only unwise but obviously criminal, pitifully evil, and abjectly corrupt. I hope you all have lawyers on retainer, because when the lawsuits begin, you will all be called as witnesses, if not as parties, and you will need the effective assistance of counsel.

But let’s forget for a moment the criminality. This is just foolish. This city’s resources are incredibly limited, with almost no revenues that you can deploy on a discretionary basis. To commit $10 million to a new, luxurious city hall that is by no measure a necessity is an abdication of your fiduciary duties.

You are poised to approve an enormous commitment of city funds, knowing full well that huge chunks of that will wind up in the pockets of craven bureaucrats that also have fiduciary duties to the citizens of New Albany. Further, I can find no evidence that the developer in question is committing even a single dime, risking even a penny. I can’t think of any developer – or investor of any sort – who would reject this deal. That reinforces my conviction that this is a deal riddled with corruption.

Your vote on Monday night will be your legacy. A “yea” vote will become a political Mark of Cain that will haunt you for the rest of your days. For the Democrats slavering to heed the orders of their master, it will be the vote that eliminates your party from participation in local government for at least a generation.

But I’m here to address the lone Republican who favors this boondoggle. At least I think he’s a Republican. He might be the only person in that party who supports it. Perhaps he’s switching parties?

I am greatly in favor of historic preservation of significant buildings. I think I’ve demonstrated that adequately through advocacy and at least modest financial support. But there is one person in this city who is most closely identified with that cause – David Barksdale – or as the local newspaper calls him, “Dave.”

David, Dave, Davie … you must recuse yourself from this vote.

I seriously doubt that you have a financial stake in the outcome of this vote. I will grant you that much respect. But you have a massive conflict of interest. I vigorously disagree with your stance on this, but your reputation, also, is at stake. If you are known for anything, it is your commitment to the historic preservation of buildings. Monday's vote is your payoff.

For you to take this bribe, for you to abdicate your fiduciary responsibility to the taxpayers in exchange for this pitiful – in fact, arguable – “preservation” bauble is an egregious blunder. The others planning to vote yes will pay a political price. You, David, will surrender your integrity.

Step out of your seat. Come to this podium and advocate for this diversion of public funds. I would disagree with you, but I might still respect you. But you must not cast a vote in favor. You do not have the objectivity necessary to ethically cast a vote. Recuse yourself. Abstain.

The Reisz building can still be put to adaptive re-use. Do not pretend that this is the only, or even the best proposal. Your colleagues have offered intriguing alternatives that meet the same objectives at far less cost. Let us, as a city, debate these. If the Reisz building is endangered, condemn it and seek a more rational program to restore it in place.

But do not sacrifice your reputation by pretending that you are looking at this objectively. You can’t. Media accounts report that if this were a vote on $15 million or $20 million in financial commitment, you still would vote yes. That alone is evidence that you cannot separate your devotion to historic preservation from your duties as a councilman.

Save your reputation. Step aside for this vote. Your constituents will have no problem if you move to table this notion and spend the next six months trying to sway David Aebersold or Scott Blair or Dan Coffey or Al Knable to support your views.

I know I won't vote for anyone who votes yes on this craziness.