"All facts are not equal. The fact is, people do not really know what a fact is." 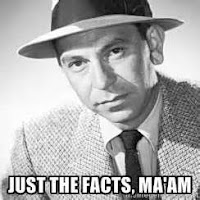 We're almost six full months into 2018, and this is my favorite lead paragraph to date.

My late friend Christopher Hitchens once told me that his American friends often expressed surprise at the number of articles and books he was able to produce. He said that there was a simple reason for his high productivity, which was: “I never watch television.”

All Facts Are Not Equal: Inside Claud Cockburn’s MI5 File, by Patrick Cockburn (CounterPunch)

... People have always had an exaggerated respect for facts and, thanks to the internet, these are now easily accessible in far greater quantities than ever before. There is a tedious debate about “fake facts”, but this is not really the problem. The fact is, people do not really know what a fact is.

My father Claud Cockburn, a journalist formerly on The Times, once did some damage to his reputation by explaining that facts were not “like pieces of gold ore in the Yukon”, waiting for the prospector to dig them out and give them to the world.

Unlike gold nuggets waiting to be excavated, there are an infinite number of facts in the universe, but these only gain significance and have a meaning because somebody – a journalist, a policeman – decides that they matter, so every fact in the media is the result of the point of view of the person who chose to report them and related them to other facts.

This theory, which became known as the “heresy of the facts”, earned my father some abuse from people who thought he was admitting, as they had long suspected, that journalists make things up.

But many years after he had written about it, I requested his file from MI5, and a year later 26 bulky folders were deposited in the National Archives at Kew. They very much bore out his belief that what mattered most was not the collection of facts, so much as the choice made about which of these were significant and true ...