The Bughouse: "Coming to terms with Ezra Pound’s politics." 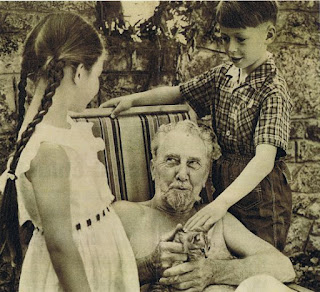 "Ezra Pound: The Solitary Volcano," a biography by John Tytell.


Shane's Excellent New Words: Autodidacticism ... and a biography of the poet Ezra Pound.

In one of them I wrote: "It is fascinating to contemplate a time when an artist could proclaim that poetry would change the world, and be taken seriously."

According to Evan Kindley at The Nation, such a time hasn't yet passed, and Pound continues to have an influence on the nation's discourse, although this fact owes to Pound's fascist politics more than his poetry -- and at any rate, these factors were intertwined from the very start.

In December 1945, Ezra Pound was committed to St. Elizabeths Hospital in Washington, DC. He was then 60 years old, internationally famous, and under indictment for treason against the United States. In an infamous series of broadcasts made on Italian radio between 1941 and 1943, Pound had declared his support for Mussolini’s regime and his contempt for the Allied forces. He parroted fascist talking points but also added a layer of byzantine anti-Semitic conspiracy theory all his own. “You let in the Jew and the Jew rotted your empire, and you yourselves out-Jewed the Jew,” he admonished the British on March 15, 1942. In other broadcasts, Pound spoke of “Jew slime,” warned of the white race “going toward total extinction,” suggested hanging President Roosevelt (“if you can do it by due legal process”), praised Hitler’s Mein Kampf, and urged his listeners to familiarize themselves with The Protocols of the Elders of Zion.

Pound had arrived at this vicious ideological position gradually. His early work, while always concerned with the relations between art and society, had rarely been political per se. Over the years, though, his long poem The Cantos, started in 1915, had drifted from a preoccupation with mythological subjects to an investigation of economics and governance, influenced by heterodox economists like C.H. Douglas and Silvio Gesell. By the time the Second World War began, Pound had come to blame the practice of usury, propagated by a secret network of nefarious Jewish bankers, for all the evils afflicting the world ...