Joe Phillips did a live Facebook video earlier today at Pints & Union, courtesy of Kelly Winslow and her New Albany Social juggernaut. Embedding seems a challenge, so here's New Albany Social video link -- as well as a couple of interior shots (below) from when I ambled past this morning and chatted for a bit with Resch's crew. 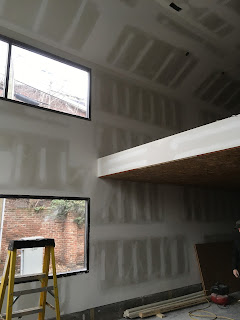 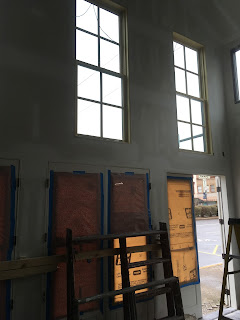 Joe says it all, which means I can turn to beer news from Louisville, courtesy of Kevin Gibson at Insider Louisville.

Falls City Brewing Co. announced today it will open its new brewery and taproom on Friday, March 30. The newly renovated facility will be dedicated in a ribbon-cutting ceremony with Mayor Greg Fischer at 11 a.m. that day.

The new complex, which was built nearly a century ago, is located at 901 E. Liberty St. — in the NuLu/Phoenix Hill neighborhood — and features a seven-barrel brewhouse set in a roughly 5,100-square-foot space, as well as a taproom area that is nearly 4,000 square feet, and an outdoor beer garden that tops 3,000 square feet. For the last several years, Falls City had been part of the Over the 9/Old 502 Winery complex on 10th Street near Portland ...

In closing, today would have been the legendary beer writer Michael Jackson's 76th birthday (he died in 2007). I can say without a shade of exaggeration that if not for Jackson, I probably wouldn't be in the position of shepherding Joe's beer program at Pints & Union.

For more, this story from last year. My misplaced copy of the Beer Hunter's first great book recently turned up, and I'm absorbing some timeless wisdom.

THE BEER BEAT: Michael "Beer Hunter" Jackson's epochal book at 40, his 1994 visit to Louisville, and the color red. 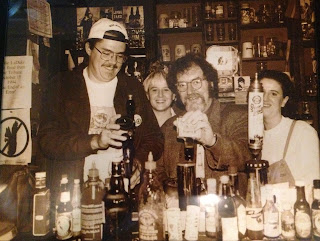 Ironically, given the book's influence on me, I seem to have lost my copy of it. But no matter. As the years pass, it's ever clearer to me that Michael Jackson's World Guide to Beer perfectly captured the beer world at a crossroads between old and new.

Furthermore, having been inspired by the text, I had the first-hand opportunity to experience the historic European side of this tableau before modernity began to alter it irrevocably, then to apply all these lessons at my own pub to what became the American beer renaissance.

I've been very fortunate in these instances, and I was even more fortunate to meet the man himself ...