The devil's in the framing, and it's public safety versus cold hard cash in the discussion about merging city and county dispatch centers. 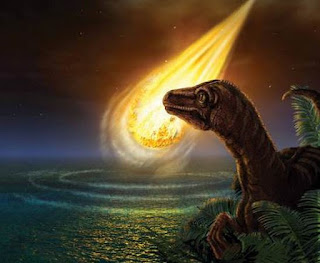 Let's take a quick glance at the calendar.

January 1 in 2020 falls on a Wednesday, meaning that the first city council meeting will take place on Monday, January 6, by which time an electoral comet is likely to have metaphorically struck the local political landscape, scattering the fee-range Nashosaurs and Triceratops Adams, and suggesting that dispatch center unity in the sense suggested by Billy Stewart will be only a matter of scheduling.

I'm not a fan of uni-gov in the broader sense, although my ears remain attentively perched. But it's quite likely that while not a game-changing issue in itself, most ordinary folks sense the merit in the idea of merging this function.

It's also worth noting that the mayor is "waving the bloody shirt" with regard to county government's iniquity. The phrase derives from the decades following the American Civil War.

In the American election campaigns in the 19th century, "waving the bloody shirt" was a phrase used to ridicule opposing politicians who made emotional calls to avenge the blood of the northern soldiers that died in the Civil War.


Since taking office in 2012, the nominally Democratic Gahan often has justified decisions, perhaps most famously the parks department split, on the basis of county (read: Republican-controlled) government's impoverishment-impelled duplicity. In the e-mail reply quoted below, Gahan once again levels this charge, the veracity of which continues to diminish with the passage of time.

Power, folks. Whether the big time or the small pond, politics is about who has power -- and who gets the money deriving from it. The problem for Gahan and his clique is that in this instance, county Republicans have a solid, common-sense argument based on public safety -- which the mayor has answered by talking about money.

Framed in this way, that's an argument Gahan ultimately will lose, probably sooner rather than later.

Mayor Gahan, however, not a fan

... Floyd County Commissioner Bill Stewart said it's time for both dispatch centers to be merged into one. He said following the recent school shooting in Florida, seconds can mean the difference between life and death.

“Surely we can do that for Floyd County,” Stewart said. “For county police to listen to city calls, they have to change their radio. Can't we put politics aside and get together to have one call center? I propose we do it this year.”

It looked like the merger was going to happen in 2011, but the New Albany City Council defeated the measure 4-4 on final reading. Then-mayor Doug England supported the measure. Current Mayor Jeff Gahan, who was a member of the city council in 2011, voted against it according to a News and Tribune story.

... Gahan's stance as mayor has not changed.

"Given the recent interest regarding these issues at the Statehouse, and Floyd County leadership’s history of not paying their bills and reneging on inter-local agreements, we are not interested in entering into a messy political arrangement with the county," he said in an email response. "Our current model has proven successful in protecting the citizens of New Albany and has the full support of our public safety command staff."