Mike Moore has a Jeff Boat dream ... we have a JeffBot luxury dog park. 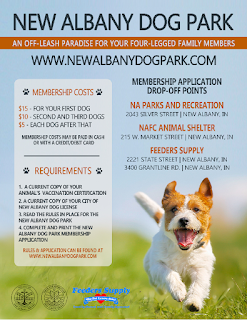 River Ridge, the Clark Maritime Center, potential redevelopment at the soon to be vacated Jeff Boat property, and the South Clarksville/Colgate project.

All of it stops at Silver Creek. And what are our Floyd County Democratic Party leaders doing?

That's right. They're attempting to slime a Republican councilman with bogus charges of lying.

Is this really all they have to do with their time on the clock? Isn't it true that if YOU wasted time in this fashion at work, you'd get fired?

JEFFERSONVILLE — Jeffboat’s location along the Ohio River is ideal for a barge manufacturer, but good for more than that.

Now that the shipyard is closing after 80 years in business, Jeffersonville Mayor Mike Moore has ambitious dreams for the 65-acre riverfront property.

In a statement Monday, Jeffboat’s parent company, American Commercial Lines, said only that it is reviewing the best alternative for the shipyard, which is expected to close in May. But Moore says that Jeffboat Vice President Mike Poindexter called him to say that the company has already ruled out opening or selling to another shipyard.

Moore had originally hoped that another shipyard could take Jeffboat’s place. Now, he’s thinking of the next best thing: retailers and residences — boosted by the property’s proximity to the river and to Louisville. Moore said he’s already been contacted by business people interested in the idea ...