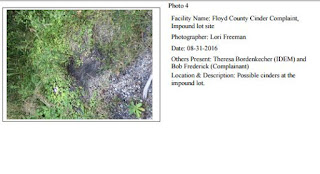 The Green Mouse has an update to this story from 2016 (reprint below).

I'm told that Lori Freeman from the Indiana Department of Environmental Management confirms that Floyd County has agreed to remove the cinders from the impound lot in New Albany and take them to Kentucky. The impound lot is inside city limits. Left unanswered is the question of who is paying for the removal. Is Floyd County bonded for this, or will taxpayers foot the bill? And, is there any resonance between these environmental lapses and Mark Seabrook's impending mayoral campaign? This cinder situation doesn't cast him in a responsive light.

Got scoops? Let us know.

Floyd County government and illegal dumping: Who knew, and when did they know it?

The Green Mouse has been working on this one in his fleeting spare time, and the ironies are wondrous, as just today the News and Tribune's chief eulogist Chris Morris honors commissioners Steve Bush and Chuck Freiberger, who retired from office and was defeated in a re-election bid, respectively.

SPOILER: Their names appear in the report below.

But let it be said here first that the two made positive impacts on the county through their action and inaction. They both, for the most part, were always professional and courteous to those they dealt with at meetings, including old reporters. They also answered every question I asked through the years, whether after a meeting or on their own time. They always treated me with respect, and while I know the media is used and played at times by elected officials, I never felt that way with these two.

Oddly, the Green Mouse is told that the newspaper's Morris wasn't interested in pursuing this potentially important environmental abuse story. File under: Things that make you go hmm ...

What appears below, verbatim, is available for public scrutiny at the Virtual File Cabinet of the Indiana Department of Environmental Management's web site.

There may be a discrepancy in this document, in that the impound lot is located at 1706 and 1610 Hwy 111 on properties owned by realtor Pat Harrison; 1738 is former mayor Doug England's house.

These tangled webs aside, it's fascinating reading. Positive impact? The jury's out on this conclusion, Chris. 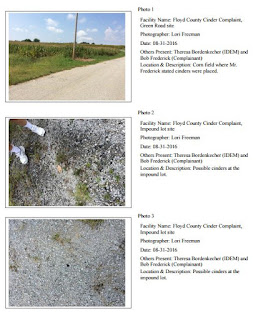 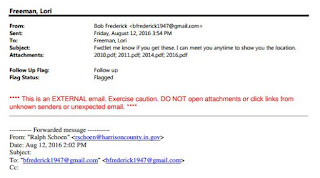 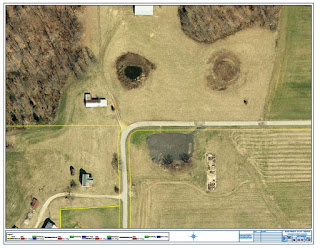 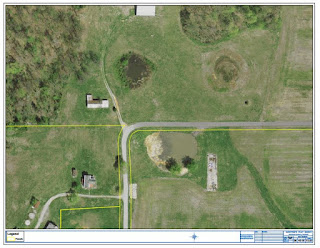 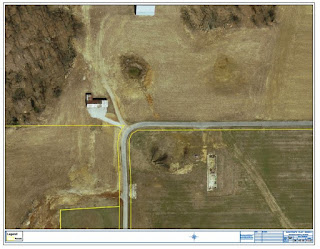 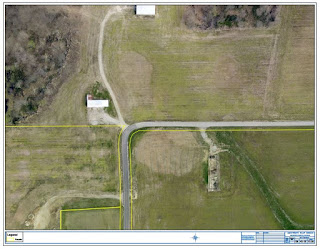