City Hall's allegations to the contrary, it can be grasped quite clearly that hundreds of you are reading, and we believe this fact attests to a keen ongoing interest in grassroots New Albany stories, perhaps because they're being chronically under-served elsewhere.

After all, fawning stenography and inexorably multiplying religion columnists can get a newspaper only so far.

The February list begins with ten "honorable mention" posts, before concluding with the Top Ten, escalating to No. 1. These statistics are derived from Google's internal numbers listings. 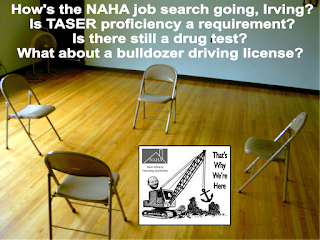 
If Dan Canon is railing against the Republican mayor in Charlestown over housing issues for the working poor, but not the Democratic mayor in New Albany, there's a big problem.


At the time I was inspired, because everything Canon wrote about the situation at Pleasant Ridge applied just as accurately to Mayor Jeff Gahan's forcible seizure of the New Albany Housing Authority -- and still does, even more so in the wake of David Duggins' recent termination-worthy intimidation tactics.

As I thought in September, surely candidate Canon was ready to apply the same logic to Gahan's putsch, and to lead. As we all know by now, this hasn't happened.


It wasn't until a few days prior to our recent departure for Portugal that I remembered February 23 was the beginning of Gravity Head.


City Hall Wants You ... to "collaborate with cross-functional teams" and "maintain City information in a confidential manner." 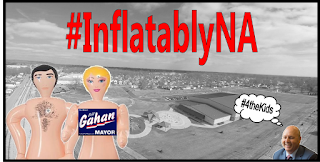 
The column is about intimidation; 28 months later, give or take a public housing putsch, Team Gahan was at it again when interim bulldozer mechanic David Duggins threatened a public housing resident with being tasered.

The reason why the same old suspects persist with intimidation? It parallels your dog's decision to lick his nuts: because he can, there are no consequences, and it feels so good.

Fortunately, there is a cure called the "ballot box": #Fire Gahan2019


THE BEER BEAT: "Busting Up the Brotherhood of Beer: Time to confront sexism & harassment in the industry."


Sexism in "craft" beer is a topic that keeps bobbing to the surface, as when beer writer Bryan Roth described the problem as a grassroots industry struggling to find leadership on social issues: THE BEER BEAT: How "Ambitious Brew" prefaced "I Know What Boyz Like" -- and "The Misogynist Within."


Focus on Portugal: A history lesson upon arrival for a second visit to the country.


My guess is that in purely relative terms, Americans know a bit more about Spain than Portugal, although in both instances we're probably subliminally influenced by both of their New World colonial extensions in Latin/South America and Brazil, respectively.

During the next few days, I'll be taking a look at Portugal, beginning with this brief overview of Portuguese history.


Anthony Bourdain was right, and it's never too late to track down and prosecute war criminals like Henry Kissinger.


Or, as recently noted at NAC: As if today's world isn't grim already enough, let's revisit Pol Pot and the Killing Fields of Cambodia. In honor of Henry Kissinger's meeting with Donald Trump later this afternoon, it's worth remembering that Kissinger should be in prison.


THE BEER BEAT: At long last, my NABC business divorce is about to be finalized.


Now it's 2018, and tomorrow morning -- three years after I followed Dr. Freedman's advice to pull down my pants and slide on the ice -- my ass is FROZEN SOLID, and a bit chapped, but the exit transaction finally will be complete.

Just like that, 28 years (plus a couple of months, in all) of affiliation with NABC and its precursors officially will be put to rest.


Sources tell the Green Mouse that transparency is like kryptonite to TIF Man, though not Council Woman.

That's because there aren't any council women, are there? Now, let's follow the millions ...


So it was that yesterday I was hanging on for dear life to Floyd County Brewing Company's bar, when I noticed the new gadget behind the bar. The Ball Corporation explains.

INTRODUCING THE CROWLER, WHERE THE CAN MEETS THE TAP.

Crowlers aren't new as such, but they're new to New Albany, so stop by FCBC, watch the show, and buy a can of beer to go.


When the Kentucky political blogger Jacob Payne tweeted about a Politico article pertaining to medical marijuana and "Red State Democrats," I wasn't expecting a thread about Dan Canon.


Taken together, the two entries that follow from Encyclopædia Britannica provide a good overview of pubs and taverns as "drinking establishments," which I've often described (sans irony) as my natural habitat on the planet.


"No demolition without a plan to replace" ... We Are New Albany meeting tonight at 6 at Destinations.


Major thanks to so many readers for writing your council representatives to protest the "interim" NAHA director David Duggins' recent TASER verbal misbehavior, and for your continued support of this grassroots effort to restore sanity to public (and affordable) housing in New Albany.


With 225 shares on Facebook since the 19th of February, this will come as old news to many of you, but note that Karem's Meats has closed.


ON THE AVENUES: Golden oldie classic comfort beers at an old school pub? Sounds like Pints & Union to me.


In the spirit of reincarnation, I say to you: If Sour Passion Fruit Bock IPA is your idea of beer-drinking progress, by all means deplete the inventory at your friendly neighborhood package store.

I’ll even help you carry the boxes to your car. With luck, there’ll be more space on the shelf for a relaxing Best Bitter.


Fetch your HAZMAT suits and listen to this propaganda podcast with Mayor Jeff Milhous Gahan -- or not. 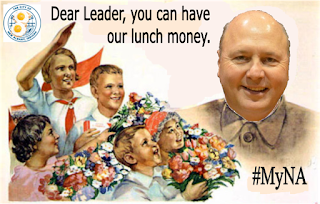 
BREAKING: Keith Henderson will not file criminal charges against David Duggins for threatening a resident of public housing.


In other news pertaining to the takeover and occupation of the housing authority by Mayor Jeff Gahan, a question has arisen.

If Duggins still is designated as being in an "interim" position, how many interviews has the NAHA board held with applicants for the permanent NAHA Director job?


I may not have any children, but Germany's always been good to me -- and as usual, you're entitled to my opinion.


THE BEER BEAT: "Pints & Union to open in New Albany, will be inspired by classic European pubs."


Now that this cat has escaped the bag, I suspect there'll be many such explanations forthcoming.

But first and foremost, Pints & Union marks a return to the ethos that originally compelled me to go into the beer business. For this opportunity, all thanks to Joe Phillips -- and serendipitously, Taco Steve (Powell).


Counter-protesting is one thing. When you "lay your hands" on another, the line or propriety has been pole-vaulted.

Speaking personally, thanks to Amber for her activism and abundant integrity; to her comrades for the same; and to Erica Rucker for writing about them.
Posted by The New Albanian at 3/02/2018 09:25:00 AM