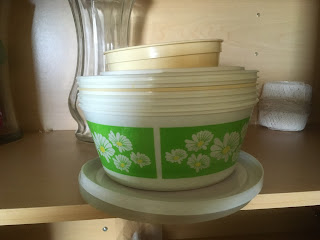 I made a note of this story several days before it concluded, precisely and concisely as David Goodall intended, in death from his own volition. Specifically, we refer to such an act as "assisted dying" or "euthanasia."

Almost immediately came the news of Scottish musician Scott Hutchison's death, presumably a suicide, and with it important discussions about depression and mental health. These echoed many of my thoughts last autumn, after we returned from the Netherlands to say goodbye to Bill.

"Then, on the 10th anniversary of his death, my mother sat us down and explained the concept of suicide."

I've nothing glib to say about any of it today, on Mother's Day, although it seems to me that last year, my mom made the decision to die. She wouldn't eat or drink, and she had made it clear for decades that she would refuse the intervention of means to maintain life at precisely such a time.

Her health was failing, and some might call this refusal of sustenance a suicide, albeit by passive and natural means. She slept until it was finished. I'll go to my own grave secure in the knowledge that I acted as she intended, by doing nothing save being there, watching, and hoping that by doing so there'd be some measure of comfort.

Regular readers know that I harbor a great deal of contempt for Hallmark Holidays, but in spite of this, my mind was open in 2017; it passed uneventfully, perhaps because the numbness hadn't quite subsided. This year is different. I find myself looking for universals in something that's highly personal, and I'm just barely intelligent enough to know they'll probably remain elusive.

This Goodall chap sounds like a good fellow. May he rest in peace. I'm uncertain how these thoughts about a male scientist, a musical Scotsman, their suicides and the death of my mother last year are connected.

Sometimes you just go with it.

LONDON — On the eve of his death, David Goodall, 104, Australian scientist, father, grandfather and right-to-die advocate, was asked if he had any moments of hesitation, “even fleeting ones.”

“No, none whatever,” Mr. Goodall said in a strong voice. “I no longer want to continue life, and I’m happy to have a chance tomorrow to end it.”

Mr. Goodall spoke on Wednesday before a phalanx journalists and photographers in Basel, Switzerland. That the inquisitors had come from around the globe to hear what would be most likely the last public words of the man once called Australia’s oldest working scientist was evidence that his campaign to end his life had captivated audiences worldwide.

On Thursday, Mr. Goodall died about 12.30 p.m. local time, according to Exit International, a right-to-die organization of which he had been a longtime member.

A renown botanist and ecologist, he was not terminally ill, but his health had deteriorated so badly that he had to stop most of his activities — like working at Edith Cowan University in Perth and performing in the theater — and he did not want to continue living. A fall in his home last month exacerbated his condition.

Keenly aware that the news conference on Wednesday was one last opportunity to help promote euthanasia and assisted dying in his own country, Mr. Goodall, wearing a blue sweater with the small logo “Ageing Gracefully” on the front, withstood the barrage of questions, squinting because of the flashing cameras and sometimes struggling to understand because of his hearing loss ...