Deaf Gahan or Mike Pence? "A floundering, inarticulate jumble of gnawing insecurities and not-at-all compensating vanities, which is pathetic." 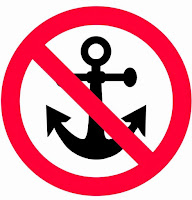 George F. Will is on fire.

Trump is no longer the worst person in government, by George F. Will (Washington Post)

Donald Trump, with his feral cunning, knew. The oleaginous Mike Pence, with his talent for toadyism and appetite for obsequiousness, could, Trump knew, become America’s most repulsive public figure. And Pence, who has reached this pinnacle by dethroning his benefactor, is augmenting the public stock of useful knowledge. Because his is the authentic voice of today’s lickspittle Republican Party, he clarifies this year’s elections: Vote Republican to ratify groveling as governing.


Harsh, but true. What else?

There will be negligible legislating by the next Congress, so ballots cast this November will be most important as validations or repudiations of the harmonizing voices of Trump, Pence, Arpaio and the like. Trump is what he is, a floundering, inarticulate jumble of gnawing insecurities and not-at-all compensating vanities, which is pathetic. Pence is what he has chosen to be, which is horrifying.


I see the author Will has added understatement to his formidable arsenal of writing skills.

Deaf Gahan doesn't have a Pence, just a Duggins.