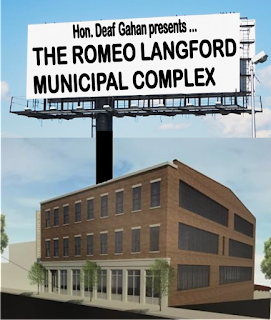 GREEN MOUSE SAYS: The $8.5 million city hall fix is still in, unless David Barksdale is kidnapped by his own presumed political party.


Here's the Tweetscript from Randy Smith @NewAlbanist, from beginning to end, with each sentence a separate tweet.

Blair supports rehab of Reisz. Just not this way.

CM Dan Coffey now. Why TIF to fund? This started as "rent won't change." But expenses destined to grow.

Cost overruns already. Property too valuable in private market. NAPD will have to remain in place.

EDIT too valuable to lock in for this use for 15 years. Coffey again, process has been flawed, local proven developers bypassed.

Never seen a project proposed with so little information.

More ... Other options have been considered for city hall over years.

More ... Other cities have much more square footage than NA. MUCH MORE

Bldg is not being destroyed if not city hall, is it?

C Kubley, business next to Reisz. Objects to closed bid, but not surprised at lack of transparency. Wants CURRENT maintenance. Bldg falling down/unstable.

Andy Carter, developer. Love to see neighboring development. What is plan B?