The sense of “default Christianity” is vanishing in Europe. 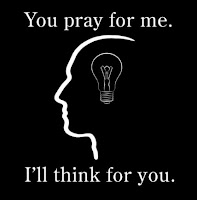 The topic is a steadily diminishing "sense of being Christian by default" in Europe. We're seeing the beginnings of this in America, but at far lower levels.

The News and Tribune sees fit to publish not one, but two Christian advocacy columns on a weekly basis. When I made my dismay known in a social media comment, I was told by a reporter that this makes perfect sense because many readers are Christians.

Interestingly, research published in the archive of the Society for the Improvement of Psychological Science suggests that more Americans (and newspaper readers) are atheists than may seem apparent, perhaps as many as 25 – 30%.


As we await in utter futility for a balancing column slot ("Thirsty Pagan's Corner"?), over to the continent.


As French Catholics hail a martyr, the faith is fading in Europe (Erasmus; The Economist)

The sense of “default Christianity” is vanishing

... Arnaud Beltrame, a police colonel, died of his injuries over the weekend after voluntarily taking the place of one of the hostages seized by a fanatical Islamist in a small French town. As it happens he was a devout Catholic who devoted much spare time to pilgrimages and helping with religious instruction ...

A French priest who had been preparing to solemnise the policeman’s marriage (he was already married civilly) instead found himself sitting at his friend’s bedside, conducting the last rites. With understandable emotion, the cleric described Beltrame as a man who “had a passion for France, her greatness, her history and her Christian roots which he rediscovered with his conversion.”

But whatever the truth of that statement about cultural roots, how much longer will such language be comprehensible, let alone appealing, to people growing up on the continent? A study of religious attitudes and practice among Europe’s young adults, published a few days ago, found that faith was shrinking almost to vanishing point in several countries, although there was huge variation across the continent. Europe’s secularisation, reflecting a break-up of traditional communities and more materialist attitudes, is familiar to sociologists. But its impact is highlighted in recent numbers.


The researcher's numbers are reviewed.

He concluded that the sense of being Christian by default was vanishing across much of Europe, though loyalty to Catholicism remains quite robust in certain countries. In some places (like Poland and Portugal) Catholic allegiance was accompanied by comparatively high church attendance, whereas in others (Lithuania, Austria) many had a cultural loyalty to Catholicism but only a minority seriously practised. Generally, loyalty to Catholicism was holding up better than loyalty to what he called state-affiliated Protestant bodies, such as the national churches of Scandinavia. And Europe has no equivalent to America’s zealous evangelicals.


Again: "Europe has no equivalent to America’s zealous evangelicals."