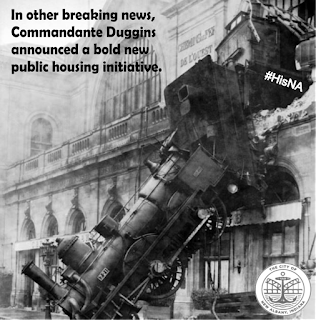 We're passing along these candidate statements as Aaron Fairbanks of We Are New Albany harvests them.

From the start, NA Confidential's stance has been that any primary election contestant who'll actually make a public statement addressing the Democratic mayor Jeff Gahan's hostile takeover of public housing, and Gahan's subsequent assaults on our city's most vulnerable populations, at least merits consideration for voting -- as opposed to the ones who have refused to comment at all.

As to the quality and content of these statements ... well, we'll get to that when there's time, but dear reader, your thoughts are welcome in the interim.

With only a month to go, who are we missing? As for the Democrats, I'd personally like to hear from Sam Charbonneau, Jason Applegate and Tom Pickett. Among the Republicans, Trey Hollingsworth is notably absent. Fairbanks continues making the rounds, so perhaps a few more candidates will opt for openness.

Steve Burks (R), the incumbent candidate for township trustee in New Albany, submitted this statement prior to WANA's political social on April 7, and I'm told that Burks and Republican Party chairman Shawn Carruthers (himself a candidate for county commissioner) attended the New Albany Housing Authority board of commissioners meeting on Monday.

“First, I know what it is like to be in need of an affordable place to live. I grew up in a single mom home spending time in public housing. My mother worked two jobs and we eventually were able to move. I was 16 at the time of her death and with an absentee dad I found my self living with relatives until I was 17 and then needing a place to live. I worked two jobs myself to keep a roof over my head. What does this have to do with affordable housings? I know the emotions connected to not knowing where you might be laying your head. That being said I am opposed to any displacement of individuals without a comprehensive plan to “help” individuals with the basic necessity of affordable living. I use the term living on purpose because it is more than just a roof over a person. Living means being engaged in the community to make it a better place for all the citizens of New Albany. We are God’s creation and should be treated with dignity and respect.”

Fairbanks: "It is crucial that candidates use their platforms and their voices to shine a light on this issue, because the people most impacted by this issue are often left invisible in the political decision-making process."