10 years ago today, Barack Obama was in New Albany.

I hadn't yet joined Facebook, Bank Street Brewhouse didn't exist, and Doug England had only just started his third (and final) term as mayor of New Albany.

It was April 23, 2008, and presidential candidate Barack Obama was in New Albany, Indiana. Not only did Obama go on to become the first ever African-American president, but he even won the state of Indiana in the general election that November.

In short, it was a thousand years ago.

Today in New Albany: Barack Obama and a full house. 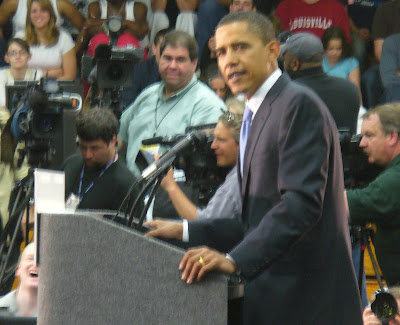 Barack Obama was in New Albany today, appearing for a "town hall" meeting in the Activities Building at Indiana University Southeast. I took a few photos, few of which are presentable. 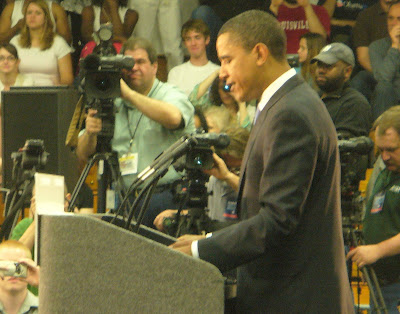 Progressive Pints were absent, but so was good ol' country cookin', so it was a wash in that department.

There's going to be an Obama event at the Public House on Saturday afternoon. Since the event is still being organized, I can't tell you any more at this point. Stay tuned.

That's because I didn't take them. They're either by an anonymous donor or TS. First up is an excellent view of Floyd County party chairman Randy Stumler. 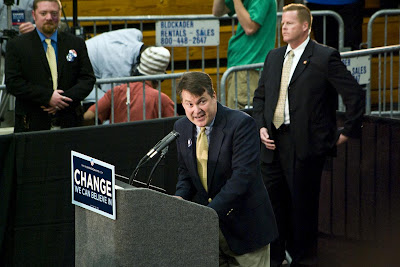 The remainder are of the guest Senator from Illinois. Pick Barack, or select Hillary, but one thing's crystal clear: The GOP catastrophe of eight years running bears immediate correction. Show trials, anyone? 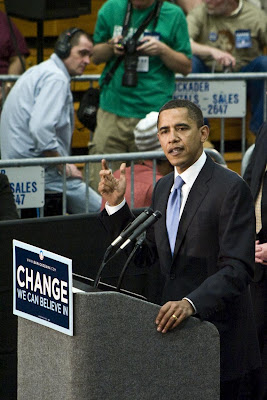 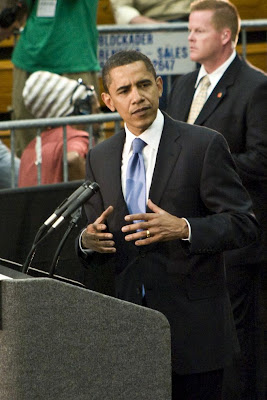 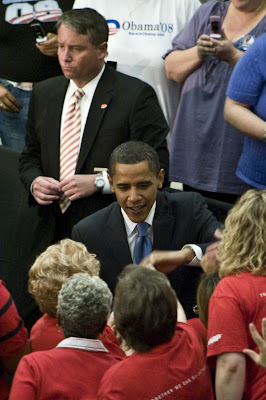