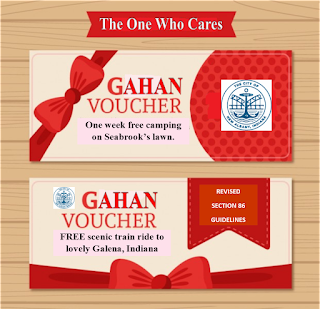 We're passing these candidate statements along as Aaron Fairbanks of We Are New Albany harvests them; all along, our stance at NA Confidential has been that any primary election contestant who'll actually make a public statement addressing the Democratic mayor Jeff Gahan's hostile takeover of public housing, and his subsequent assaults on our city's most vulnerable populations, at least merits consideration for voting -- as opposed to the ones who have refused to comment at all.

As to the quality and content of these statements ... well, we'll get to that when there's time, but dear reader, your thoughts are welcome in the interim.

Late Friday evening, Fairbanks published the long-awaited statement of 9th district congressional candidate Liz Watson (D). At Facebook, this was followed by a brief and revealing discussion between Fairbanks and Mike Bainbridge, former Director of Finance and HUD Compliance at the New Albany Housing Authority. For background on why Bainbridge left, there's this:

Watson's statement comes first, then the follow-up conversation, followed by links to previous installments in this series.

Working Americans are facing a housing crisis. Eleven million of us pay over half our income for rent, and by 2025 that number could be at over fifteen million. At the same time, low-income housing has fallen by more than 60 percent since 2010. Housing is too expensive, and there’s not enough of it to go around. ​Long waiting lists for public housing leave people homeless or living in substandard conditions for years. The shortage of public housing has reached crisis levels.

The Low-Income Housing Tax Credit ​(LIHTC) gives states and localities the ability to make almost $8 billion in tax credits for the acquisition, rehabilitation, and new construction of low-income rental housing. It is our most important tool in increasing the stock of affordable housing, is capped far below the level of need for millions of Americans.

We can do better. ​I support Representative Suzan DelBene’s Access to Affordable Housing Act, which would increase the LIHTC by fifty percent. That would result in as many as 400,000 more affordable housing units over the next ten years, easing the shortages that force families and communities to make impossible choices. I also support the bipartisan Affordable Housing Credit Improvement Act; that would increase the program’s ability to serve Americans who are most in need, and it would help to preserve existing affordable housing stock. And I know that we need to boost funding​ for the National Housing Trust Fund, so that we can provide desperately needed assistance to families.

It is heartening that under the spending bill passed in March of 2018, HUD received an increase of $3.9 billion for FY 2018, for a total of nearly $43 billion in funding (which was $12 billion more than the President’s budget request).

And while the reduction in the corporate tax rate had the indirect effect of diminishing the attractiveness of the housing tax credit to investors, the spending bill boosted allocations for the Low-Income Housing Tax Credit by 12.5% over the next four years, repairing that damage.

Our public housing has $26 billion in unmet renovation needs, and our fellow Americans are suffering in winter when their worn-out heating systems fail. I would work to ensure that funding levels at HUD are substantially increased to provide adequate funding for the needed rehabilitation of public housing.

New Albany, for example, is currently struggling with underfunding and poor conditions in many of its federally funded public housing units. The New Albany Housing Authority is in the midst of assessing the state of public housing to determine the physical conditions of existing units. The city is also in the midst of taking inventory of existing housing stock for which housing choice vouchers could be used. Any changes to public housing – even the best improvements – will inevitably be challenging for public residents who are directly affected.

That is why it is so important that federal law provides key safeguards for public housing residents during any demolition or renovation. To receive federal funding to support any needed improvements to public housing, local housing authorities must first submit a plan to the federal government for approval.

Moreover, federal law provides protections for public housing residents who are displaced due to renovation or demolition. The Uniform Relocation Act’s protections and assistance apply to the acquisition, rehabilitation, or demolition of real property for federal or federally funded projects. Under the Uniform Relocation Act of 1970, people who live in federally-supported housing cannot be required to move unless at least one “comparable decent, safe, and sanitary (DSS) replacement dwelling is made available to you.” As a member of Congress, I would work to ensure that the rules of the Uniform Relocation Act are followed whenever federally-funded public housing is being demolished or rehabilitated and that HUD exercises appropriate oversight over changes to existing public housing.

The public housing crisis in our nation is one we can solve. In the richest country in the world, no one should have to choose between paying for food or paying rent. ​With the right leadership in Congress, we can make housing affordable again for millions of Americans.

Mike Bainbridge:
"The problem with this statement related to NAHA's situation is that the Uniform Relocation Act doesn't apply to Section 18 (of the Housing Act of 1937) demo/dispo activities and a Section 18 application is exactly what they are planning to submit to HUD. So all those tenant protections under the Uniform Relocation Act that Liz mentions will not have to be provided to NAHA's displaced tenants (if Duggins and Gahan are able to push the Section 18 application through HUD's approval process)."

Aaron Fairbanks:
"I noticed the same thing, Mike. While I'm all for getting the candidates to open up a dialogue on this subject after over a year of complicit, public silence, I'm disappointed that some of the candidates took the statements as an opportunity to repeat talking points and rally behind the local administration's narrative.

"There were certainly better ways to navigate this issue, while working to get a better understanding of it. I'm extremely thankful to the candidates that navigated this a bit more carefully. Many of the candidates took the opportunity to issue preliminary statements, while working to better understand the issue at hand. I commend them for using their platform to shine a light on this issue."

Aaron Fairbanks:
"I had a misstatement, similar to Liz's misstatement. The URA doesn't have a one-for-one replacement unit requirement, just a requirement that comparable housing be made available as Liz's statement suggested.

"I, also, went back and checked on Section 18 demolition and disposition, and there's a comparable unit requirement.

"As best as I can understand, it's unlawful for a public housing agency to make "current residents" homeless by execution of demolition under Section 104(d), RAD, Section 18 or the URA. That doesn't mean that PHAs cannot significantly disrupt current residents' lives by forcibly displacing families from New Albany, costing them access to services that they rely on where they currently live, etc.

"It, also, doesn't stop a PHA from jeopardizing the long-term housing security of current residents, those on waiting lists and future applicants of housing assistance. Candace sent me a message from one of the former NAHA residents relocated with a voucher before the demolition of some of the Broadmeade units last year. According to that former resident it has been extremely difficult finding landlords that will so much as accept the voucher, which is one of the concerns of the multitude of housing advocates that have commented on this issue. The City and the New Albany Housing Authority are determined to demolish more than half of the public housing stock in the middle of an affordable housing shortage for the entire Louisville Metro Surrounding area. While "current residents" may not be found homeless through relocation, they may certainly find themselves homeless thereafter with some 500 or 600 fewer units of affordable housing left available."