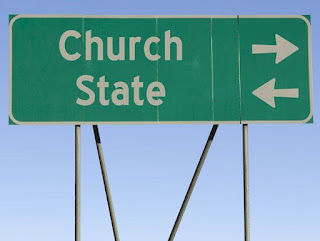 75k for church restoration to be weighed by New Albany council, by Daniel Suddeath (All Tom May All of the Time, Even Then)

The final vote on a $75,000 appropriation to help restore the historic Second Baptist Church building is slated to be taken by the New Albany City Council Thursday.

Councilman John Gonder is the sponsor of the $75,000 appropriation, and said due to the church’s role in the Underground Railroad during the Civil War, the building should be maintained and treasured as a part of New Albany’s legacy.

He added more money will have to roll-in to support the rehabilitation of the structure, as the first phase of the project including replication of the original steeple and repair of architectural woodwork is estimated to cost $217,500.

“What we’re putting in is a significant amount, but it’s not enough to get the job done,” he said. “It’s a matter of getting out and talking to the citizens and getting them involved in seeing the value of this.”

The Horseshoe Foundation awarded a $25,000 grant to the project.

Councilman Scott Blair opposed the measure on initial ballots because he said he wanted more guarantees that the city’s money would be matched by other entities.

The $75,000 public grant should serve as a foundation for the project with an assurance that enough funds can be raised to see the rehabilitation finished as planned, Blair said.

Councilman Greg Phipps was the other member of the body to vote against the appropriation on initial ballots. Phipps said he has “strong feelings of separation of church and state” and that the project mixed a religious institution with public funding.


While annoying owing to the casual manner in which local elected officials stared at the ceiling and skirted the issue of church-state separation, the spire supporters' argument from history and historic preservation had at least some merit.

It's just that as a one-off exception, this decision to spend taxpayer funds on church building repairs did not establish a useful precedent for other non-religious instances. No pattern emerged, and it was back to the same old political back-scratching.

It's also worth noting that while opposed to the measure on principled, impeccable grounds, with which I concurred, Phipps expended not a dollop of political capital in opposition, and soon returned to doing as he was told, when he was told, by mayor and party.

And still they mock him behind his back. To the Gahans and Dickeys of the planet, Phipps is just a useful idiot. It's sad, but there we are.

Meanwhile, in New Jersey, we've been given a glance at what church-state separation should look like.

In a unanimous decision just announced by the New Jersey Supreme Court, taxpayer dollars cannot be used to help repair or maintain churches. It’s a major victory for church/state separation advocates and one that will save taxpayers in the state millions of dollars that would otherwise have gone to promoting religious dogma.

The case involved more than $5.5 million in “historic preservation grants” that were given to a dozen churches in Morris County between 2012 and 2015. They were presumed legal because they didn’t directly promote faith.

But giving churches money for general maintenance is promoting faith since it frees up funding that goes right back into worship.

That’s why plaintiff David Steketee and the Freedom From Religion Foundation filed a lawsuit in 2015 saying the grants were illegal.

Unfortunately, a judge ruled against them in January of 2017. If the decision wasn’t appealed, there was a good chance other churches would’ve taken advantage of the loophole, taking whatever money was in their budgets for maintenance, repair, and other structural issues and putting them into programming, knowing that they could just replete their accounts courtesy of state taxpayers.

FFRF appealed the decision and it eventually landed in front of the state’s supreme court. Today, thankfully, all seven of the justices overturned the earlier decision.

Here, the County awarded $4.6 million to twelve churches to repair active houses of worship — from roofs to bell towers, from stained glass windows to ventilation systems. The use of public funds to pay for those repairs violated the plain language of the Religious Aid Clause.

The judges noted that the U.S. Supreme Court’s decision in Trinity Lutheran — which allowed taxpayer funding for ostensibly secular projects like a playground even if it was on church property — didn’t apply here because this was clearly not a secular project.

… the public funds awarded in this case actually went toward “religious uses.” It is clear from the stipulated facts in the record that the Churches all “have active congregations that regularly worship, or participate in other religious activities,” and all hold “regular worship services in one or more of the structures that they have used, or will use,” taxpayer-funded grants to repair.
… a number of the applications expressly stated that churches sought funding for repairs to continue to conduct worship services.

This case does not involve the expenditure of taxpayer money for non-religious uses, such as the playground resurfacing in Trinity Lutheran.

The judges said it would be virtually impossible to figure out how much of the grant money was used for religious or non-religious purposes at this point, so they are allowing the old grants to remain in place. The ruling isn’t retroactive. The churches can have the money already given to them, but the good news is that they won’t be able to receive the grants in the future.

FFRF is obviously thrilled with the victory but also relieved that these justices understood their argument.

“It’s shocking that it took a trip to the New Jersey Supreme Court to enforce such a plain constitutional command,” says FFRF Co-President Annie Laurie Gaylor. “New Jersey taxpayers can breathe a sigh of relief that their constitutional religious liberty rights have been protected.”

“This is not just a win for secular citizens, but for every New Jersey taxpayer,” explains FFRF constitutional attorney Andrew L. Seidel. “Governments in New Jersey cannot force Muslims to bankroll temples and yeshivas, compel Jews to subsidize Christian churches and Catholic schools, force Christians to fund mosques and madrassas or nonbelievers to support any religion. It’s a win for all.”

The Religious Right won’t see it that way. They’ll inevitably twist this ruling into some tale of Christian persecution. But when all the justices speak in unison like this, anyone looking for the facts will find them easily. They just have to read the ruling instead of the spin.
Posted by The New Albanian at 4/21/2018 10:03:00 AM