SHANE'S EXCELLENT NEW WORDS: The demeaning squalidity of own goals -- but who is the resistance to object? 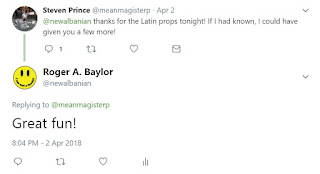 A quick blog search reveals that in the 13-and-a-half-year history of NA Confidential, the word "squalid" has appeared on only 15 occasions. That's a bit odd, considering my love for this word. Of particular interest here are the many glorious synonyms for squalid.

1 (of a place) extremely dirty and unpleasant, especially as a result of poverty or neglect: "the squalid, overcrowded prison"

2 showing or involving a contemptible lack of moral standards: "a squalid attempt to save themselves from electoral embarrassment"


The etymology leads back to Latin, as noted (above) by a regular reader who also teaches the language.


Squalidity City! At last, we have the proper branding mechanism.

In all honesty, I never took Latin in school. No matter; I adore timeless classic, top-quality words, and "squalid" scores highly, particularly when deployed amid "truthful dialogue" in politics -- or even better, its absence.

Just this past Monday, I described councilman Pat McLaughlin's self-defeating censure resolution as being squalid, then ran through the many diverse synonyms during my three minutes at the podium.

Another way of saying "self-defeating" is "own goal."

In sport, a point that a player scores by mistake against their own team:

"Our team lost when we scored an own goal late in the second half."

Something that you do that gives you a disadvantage and helps someone else, even if this is the opposite of what you intended.


The hastily abandoned censure resolution was squalid, and a Democratic Party own goal, and so much ... less, at least in terms of integrity. But there is good news, as it propels us one step closer to regime change in 2019. 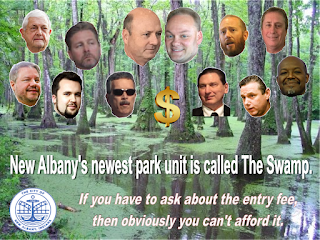