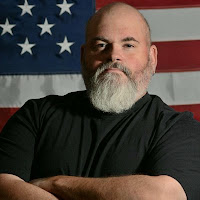 For those not aware, NAHA currently operates 1,200 housing units. With underinvestment from the Federal government going back decades, we have a price tag of nearly $140,000,000 in deferred maintenance costs. This is a situation that cannot continue as is. Continued deterioration will only harm NAHA residents.


I asked FitzGerald to refer me to the source of the $140,000,000 figure. Thus far he has not, but Mike Bainbridge, former financial director of the New Albany Housing Authority, picked up the ball on social media.

The $140,000,000 of maintenance needs is taken out of context every time Gahan & Co. use it. That was the estimated total cost to bring all 1,000 units to a like new condition. It included all costs of rehabbing units/complexes that could be salvaged, and tearing down and rebuilding all units/complexes that couldn't. That was NOT an estimate of "deferred maintenance" costs. That's just what Gahan & Co. have morphed it into. Obviously tearing down and rebuilding 500+ units goes far beyond deferred maintenance costs.

Further, Bob Lane had a viable plan that did make one-for-one placement feasible even with the $140,000,000 estimate (which was the highest-end estimate). As the former finance guy I can assure you it's not a lack of funding that makes one-for-one replacement unfeasible. It's the agenda and desires of the current administration ... masked as a lack of funding.


It may be true that Chatlos has little chance of winning the primary. However, as Aaron Fairbanks of We Are New Albany reveals, Chatlos addresses the crux of the public housing putsch directly, with passion, force and logic.

We have yet another huge public statement. This is our second statement by a congressional candidate, and we really appreciate his strong show of public support for the residents of the New Albany Housing Authority and We Are New Albany.

We Are New Albany has asked me to weigh in regarding the public housing issue that will displace current residents in low income housing. Politics is a dirty business, and in the absence of truthful factual information I question the credibility and authenticity of any public servant unwilling to be completely transparent on issues that clearly require complete disclosure to the public.

The expectation of full disclosure has been rendered to a halt encompassing this issue and I for one side with the citizens of We Are New Albany until it is clear what the sincere intentions and motives are of those pushing for the demolition of these public housing units. The reason this is so important is that it has been established that there are not enough affordable housing options to compensate residents that will be displaced throughout the city or adjacent communities using housing voucher programs.

It really boils down to simple logic. You don’t pick something up to move it unless you already have a new place to set it down. Right now that standard of logic has been largely unheeded and I encourage the citizens of We Are New Albany to continue fighting for full disclosure until an acceptable and fair outcome has been reached. I will be happy to assist in this matter in any capacity that I can as I have not always had a roof over my head. Housing first.

So pleased to see Mike Bainbridge set the record straight. Besides being fired publicly, the misrepresentation of the facts of NAHA maligns him. He had forsite and a passion to empower those who were in difficult transitional places in heir lives. Thank you Mike.