As Floyd Dems gut public housing: "In (Bernie Sanders') reckoning, the problem with the American economy wasn’t some shadowy cabal of interested parties, but the entire billionaire class." 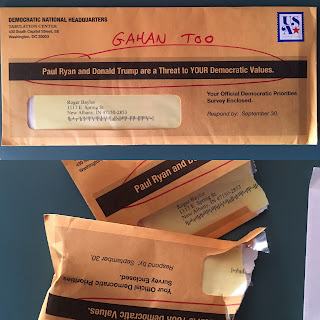 Yesterday in the aftermath of Charlottesville, Adam Dickey rushed to assure doubters that all the standard requisite anti-fascist bromides were being dispensed via social media.

Meanwhile, eight months into Deaf Gahan's public housing takeover, with fumbling functionary David Duggins doing just as slipshod a uninformed stooge's job at his new megabuck NAHA appointment as any of Donald Trump's federal appointees, neither Dickey nor his party has uttered so much as a peep about resisting this outrage -- although they remains united in censoring heretics like me, which conveniently enables them to ignore valid questions and maybe even sleep at night on widely scattered occasions.

But androids don't sleep, do they?

Democratic leaders still haven’t learned: you can’t fight the forces of oligarchy without naming the enemy.

... If “our politics and our economy” are rigged, who rigged them? Democrats, after all, have occupied the White House for sixteen of the last twenty-five years. From Bill Clinton’s serial deregulation of Wall Street to Obama’s decision to bail out predatory banks rather than victimized homeowners, elected Democrats have done their fair share to fashion the plutocratic order that now dominates the American economy ...

... But if “A Better Deal” is a blueprint to challenge the forces of plutocracy, it could use another draft. It includes lamentations about monopoly control over airlines, eyeglasses, and craft beer, but not a single mention of unions. (Without a much more comprehensive program to boost the power of workers, no combination of antitrust enforcement and infrastructure dollars — let alone job training programs — will level the playing field) ...

... Yet even as Schumer and Pelosi announce the dawn of a new Democratic populism, the weakness of their own language betrays them. Is it possible to fight plutocracy without identifying any actual plutocrats?


The main point: Know Your Enemy.

What distinguished the Bernie Sanders campaign more than any other issue — including his support for free college or Medicare for All — was that he named his enemy. Among his other objectives, Sanders’s attacks on “the 1 percent” were an attempt to reorder American politics around class lines: not with a stale disquisition on stratification, but by tapping into Americans’ anti-billionaire sentiment, religiously excluded from mainstream politics by both parties but thrumming powerfully just below the surface.