Suddeath: "You can love the South without loving its biggest mistake." 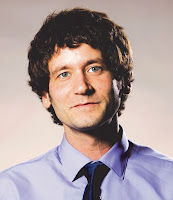 Daniel Suddeath and I jousted often during his tenure as News and Tribune reporter, and while our exchanges occasionally got testy, I viewed it as healthy in the main.

We barked and snarled, and kept talking. Both of us are prone to streaks of self-righteousness, which isn't always helpful when writing an essay such as the one linked here.

Speaking merely as an observer, one who toils at writing and feels like he never gets it quite right -- and who doesn't always feel obliged to practice what he preaches -- the objective is to maintain poise while in the throes of passion, making the necessary points with cool precision with just enough emotion to engage readers and keep their attention.

I believe the writer's ability to communicate in this fashion is a sign of maturity, skill and command, even when he or she occasionally decides to chuck it and go straight for the polemical jugular.

What I'm meandering around to saying is that Daniel does a damned fine job here, quite apart from the fact that I agree with his point of view.

There is a difference between remembering history and holding on to beliefs that were never right.

While I generally don't support removing articles of history, be they reminders of good or bad, it's hard to distinguish between those who want to keep Confederate statues in place for historical reasons versus those who would like to see our country revert to a time when it was OK to be racist, and frankly brutal and primitive to our fellow man or woman.


This paragraph is the anchor.

What's the point? What was so great about the Confederacy that it should be cherished? You can love the South without loving its biggest mistake.