The magic number is 2,228 ... days since Bob Caesar vowed to protect Pearl Street against the damned pergessives. 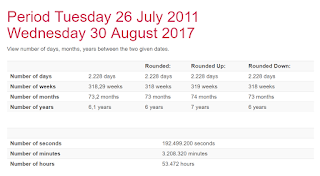 Don't hold your breath, but I'm about to prove Mayor Jeff Gahan wrong by doing something "positive" for the city of New Albany.

That's because it's positively hilarious to recall July 26, 2011, when Bob Caesar rose from bed, fondly recalled his pivotal role in protesting the anti-establishment hippies at Woodstock, and vowed to resist any attempt to inflict modernity on his street.

On August 30, when Pearl Street is restored to two-way traffic, it will have been 2,228 days since ranking city council "Democrat" and future mayoral hopeful Tiberius Severus Octavian Elagabalus Septimius Augustus Claudius Hadrian Caesar-- Protector of Fitting and Proper Scribnerian Values, Deliverer of all Downtown Datedness, Master of the Ex-Mercantile, and Guardian of the Gates -- uttered these immortal words:

"I am for change. Change every street to two way (but) not Pearl Street. Pearl Street will NOT be two way. It's more convenient for people to park without having to drive around the block."

Alas, Endris Jewelers closed on Valentine's day, 2015, but in the years since, Caesar has resisted all requests to divulge Bicentennial Commission records, enthusiastically endorsed aesthetic and environmental atrocities like Summit Springs, carried Gahan's jockstrap with all the aplomb of the sycophantic bootlickers on our sardine-packed housing authority board, and in general, opposed any and all progressive proposals at every turn.

Here is a lightly edited reprint of the historical record. Don't expect to see it in the News and Tribune.

Here's the second part of my notes on this morning's Merchant Mixer meeting.

Two-way streets: John Rosenbarger explained that the city has procured a Federal street conversion grant subject to various Federal restrictions, which must have a 20% match from the city: $1.6 million from the Feds, and $400,000 from the city. Mayor England volunteered that while it’s “no slam against the council,” it would be the council’s job to find the money, which might come from EDIT.

“One-way is the way to move traffic through a city; it is proven by numerous studies all across the country.”

The discussion continued, with the owners of Preston Art Supply joining Caesar in defending the inviolable sanctity of Pearl Street’s one-way flow, and this led to Caesar stating bluntly, unprompted and aloud:

“Pearl Street will NOT be two-way.”

I asked him how he could say this; he looked away and did not respond, but after the meeting, he walked past me and we had one of the most useless discussions in recent memory. If I were to have stated that 2 + 2 = 4, I'm certain he would disagree.

In short, after I asked him why he invariably opposes change and new ways of thinking about downtown areas, Caesar denied it, and explicitly permitted me to divulge this exact quote:

"I am for change. Change every street to two way (but) not Pearl Street. Pearl Street will NOT be two way. It's more convenient for people to park without having to drive around the block."

Don Preston added that all police departments support one-way street grids. Previously, Kathy Brennan had warned that if streets are two way, big trucks will park in traffic lanes to unload ... and what then? Throughout, listening to it, you'd think that cities are scary places, indeed, and meant for dashing into and away from as quickly as possible, in a car ... always in a car.

I realized (yet again) how so many of the older generation of merchants sincerely believes that whatever works out yonder in the soulless exurb should be implemented downtown, whereas the way I see it is that whatever can be done to create the polar opposite atmosphere downtown – including people-friendly, slower-moving traffic to accommodate humanity, and alternative modes of transportation apart from the automobile – should be the desired goal.

NAC has extensively and exhaustively made the case for two-way streets: Two-way traffic: A city permitted to function as designed is good for business.

All Bob Caesar and a handful of downtown reactionaries can offer in response are “numerous” studies, which he has so far failed to produce, and the admittedly honest (and I believe amazingly self-serving) stance that because he personally regards a one-way street as critical to his business (as though people cruising past a jewelry store are slamming on the brakes when they decide, spur-of-the-moment, to park next to the Endris front door and buy some bracelets), he will damn the torpedoes and impede potential two-way solutions in the same manner as he denounced the aborted proposal to divert the Harvest Homecoming Parade down Pearl Street ...
Posted by The New Albanian at 8/26/2017 09:32:00 PM