THE BEER BEAT: The Moon Under Water -- so, how does Orwell's perfect pub look today? 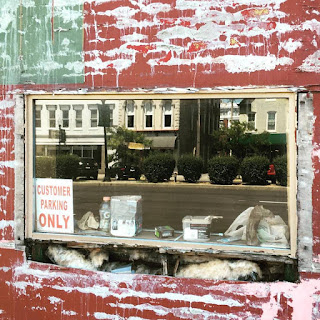 In my view, George Orwell's description of his favorite pub is an English-language classic. It is a compelling, dreamy vision.

My favourite public-house, the Moon Under Water, is only two minutes from a bus stop, but it is on a side-street, and drunks and rowdies never seem to find their way there, even on Saturday nights.

Its clientele, though fairly large, consists mostly of ‘regulars’ who occupy the same chair every evening and go there for conversation as much as for the beer.

If you are asked why you favour a particular public-house, it would seem natural to put the beer first, but the thing that most appeals to me about the Moon Under Water is what people call its ‘atmosphere’.


Of course, we're adults, and we understand that perfection is unattainable, even if misguided restaurateurs continue to insist that their meat is grilled "to perfection."

No, it isn't, because perfection does not exist. Rather, success accrues from the pursuit of perfection. As Ian Gillan once observed, "It's not the kill -- it's the thrill of the chase."

A survey in the United Kingdom has undertaken to compare Orwell's angle with the rigors of modernity, and to update it. I think the 1940s ideal remains valid in a number of core objectives, which might be summarized by ambiguity: a "perfect" pub has to be a special one.

The process of identifying and delivering "special" is extremely difficult. If it were easy, everyone would be doing it.

And they're not, are they?

George Orwell’s vision of the perfect boozer would be recognisable to many drinkers today, a survey has revealed. But what else might we find in a modern Moon Under Water?

What does Britain’s ideal pub look like? A YouGov Omnibus survey aims to assess which of George Orwell’s perfect-pub attributes, as immortalised in his 1946 essay The Moon Under Water, have stood the test of time. While some of Orwell’s stipulations have aged less well, such as the notions that stamps and aspirin should be available behind the bar, beer tastes better out of pink china cups, and liver sausage sandwiches and mussels make the best bar snacks, the picture of his fantasy drinking den would, on the whole, be familiar to us today.

I have a recurring dream that I'm back in England for a visit, time is very short, and I'm desperate to find the pub worthy to spend my dwindling time in. I've had the dream many times and though it's one of frustration (I wake without finding it), in the light of day, I worry that if I stop dreaming of searching for that pub, it won't be a good thing.

Thanks for sharing. I understand.