Previously: 30 years ago today on THE BEER BEAT: Elephant, Mouse, wonderful friends and a Titanic Struggle.

Given the exhaustion of Barrie's clash with his fellow titan on Wednesday evening, I'll never know how he was able to awaken on Thursday morning, calmly pull together his belongings and stuff them into his oversize, military-issue duffel bag, and start making bus connections to Copenhagen's airport for his flight home.

Hungover isn't the word, but the necessary tasks somehow were managed. I rode with my pal and saw him through the gates, ending an incredible summer's beering through the continent, then retraced my connections to Kim Wiesener's apartment to begin mimicking the Average White Band's immortal advice.

The remaining days abroad were an anti-climax of sorts, but in the final analysis, that's what detox is all about.

Kim and I had a Tuborg or two on Thursday evening, which seemed appropriate given my afternoon's exploration around the vicinity of the brewery, which sadly has long since ceased to exist. 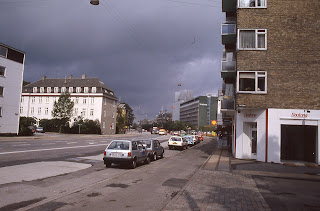 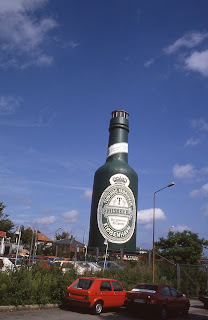 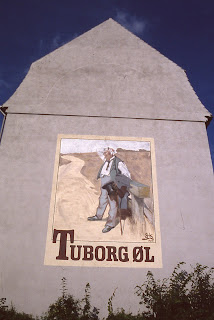 I have no recollection at all of Friday, certain only that I booked an overnight couchette out of Copenhagen for Brussels, arriving on Saturday morning to a pre-booked hostel bunk. The remainder of the day was devoted to packing and walking. In later years, I'd have spent this time sampling ales and eating mussels, but finances were perilously low. 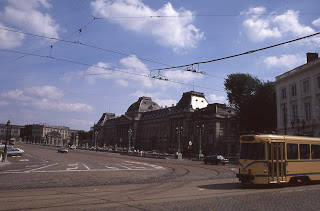 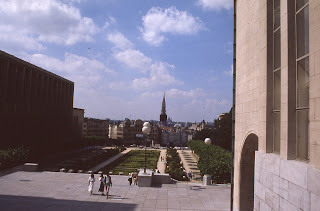 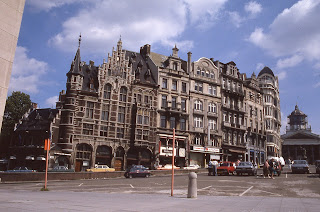 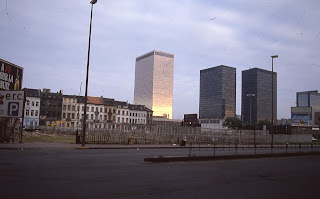 Apart from shrapnel, the remainder of my Belgian francs were depleted for budget-travel-grade food on Saturday evening. More worryingly, my one-month Eurailpass unceremoniously expired at midnight Saturday, and while I could easily walk to the train station on Sunday morning, I wouldn't have the fare for the trip to the airport without cashing my last $100 traveler's check. 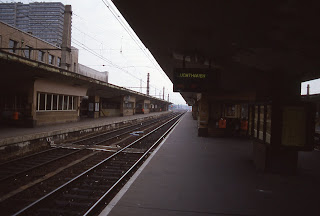 I didn't want to do this, so ... I altered the handwritten date on the railpass, somewhat ineptly as it turned out, because on Day 123, halfway to the airport, I was controlled. The railway employee was having none of my forgery, but asked to see my plane ticket.

Convinced that I was leaving Belgium, he invalidated the railpass but didn't write a citation. Back home I flew, and was met at the airport -- by someone. Barrie? Bob?

And the rest, I suppose, is history.