Local Democrats gear up for the talent show, except "you can’t fight Herrenvolk populism with weak-tea liberalism." 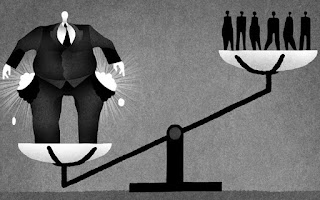 Earlier this week, Rolling Stone's Matt Taibbi asked that Steve Bannon be fired, and a day later Bannon was gone. I was struck by this single passage in Taibbi's article.

... Prospect writer Robert Kuttner noted with surprise in his piece that Bannon seemed upbeat. He essentially told Kuttner he believed the Charlottesville mess and stories like it were a long-term political windfall for people like himself.

"The longer they talk about identity politics, I got 'em," he said. "I want them to talk about racism every day. If the left is focused on race and identity, and we go with economic nationalism, we can crush the Democrats."


Speaking for myself, perhaps this lifelong atheist's revulsion at public displays of piety, when otherwise unaccompanied by private acts aimed at gaining the stated objective, explains why the past week's gestures have left me not so much cold as completely disinterested.

It isn't that I disagree with many of them, having been proudly "anti-fascist" since around 1978, so much as lament the left's ongoing inability to place the focus on the genuine economic evil perpetuating our divisions: capital accumulation, big money, robber barons, the One Percent-- call it what you wish.

Inequality results from more than one contributing factor, but really, don't we need to follow the wealth?

To me, Bannon's phrase "economic nationalism" reads as code for those who'll perpetuate divisions to keep the money where it rightfully belongs, and in this usage, Bannon might be detestable but at least he's honest. He knows his bosses' names, and makes sure their birthday cards always arrive on time.

Democrats imagining themselves as leftists or progressives in a Clintonesque mold are in thrall to an illusion. You can serve the interests of capital accumulation, or not. There isn't much of a middle ground, if any, and yet local "Democrats" avoid this introspection as though you were asking them to ban same sex marriage or reinstitute Jim Crow.

I cannot recall a local Democratic Party candidate speaking about anything of a genuine balls-out economic nature apart from Dan Canon, who hasn't yet even contested an election. But we're treated to a never-ending series of resolutions and gestures -- and faux Democrat Jeff Gahan's dog-whistling putsch against public housing, which by now should have been publicly condemned by every Democrat in the city.

But instead, everyone merrily plans events, concerts, talent shows and diversions, and while they're engaged in these wild goose chases, functionaries like 1Si's Wendy Dant Chesser ensure the worsening of the fundamental economic imbalance by serving our regional oligarchs first -- and maybe some of it will trickle down, eventually.

Presumed left-wingers, note that your omelette remains uncooked because almost no one among you is willing to break a few eggs. A member of Jacobin's editorial board explains why, and if you fancy yourself a progressive ...

... So “far-right racist” doesn’t make Bannon particularly unique or worrying. It’s how devastatingly well he understands liberalism’s failures and how willing he is to craft a fraudulent and reactionary program for those who’ve only experienced decline during the Clinton and Obama years.

Like a mutant weed growing out of a shit-covered pile of compost, Bannon has cultivated his particular brand of reaction entirely within the decomposing corpse of American liberalism. In no other soil could it ever have blossomed.

Bannon’s ambitions make gruesomely clear that liberalism and the Democratic Party in no way represents the left-wing obverse of conservatism and the GOP. And liberals, deep down in their hearts, understand this. They have no true ideological counterpoint — no real program and certainly no vision for changing society for the better. Michael Wolff correctly diagnosed Bannon as “embodying more than anyone the liberals’ awful existential pain and fury.” This doesn’t just refer to his disgusting comments — it includes his fiery ambition, something the Democratic Party has altogether lost. And even at its absolute best, liberalism’s aspirations were only a watered-down, cheap knockoff of the utopian dreams of communist and socialist activists.

But you can’t fight Herrenvolk populism with weak-tea liberalism. A paltry means-tested welfare state just flips white-supremacist programs and policies “for the deserving us not the undeserving them.” Both fit comfortably in the ruling-class politics of divide and conquer as opposed to the broad solidarity they fear. How can we expect the public to rally around something like Medicaid when huge portions of the working and lower-middle classes don’t qualify for it? Universal social democracy — a more transformative program than the one Sanders campaigned on — is called for. We’re in the midst of a reckoning with the neoliberal consensus. The Right has made their play, and now we have to make ours.


In closing, a suggestion to my councilman: if Team Gahan won't show you the results of its rental housing registration program, perhaps a new council resolution would do the trick. Just make sure to craft it in a manner emphasizing human rights rather than economic imperatives, or Adam will overrule you.
Posted by The New Albanian at 8/19/2017 08:50:00 AM