This is for you, self-styled local 'progressives': "To Find Alternatives to Capitalism, Think Small." 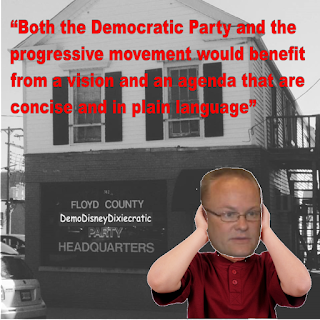 It's a long read, but worth the effort.


To Find Alternatives to Capitalism, Think Small, by David Bollier (The Nation)

Why co-ops, regional currencies, and hackerspaces are pointing the way toward a new economic vision.

In the aftermath of Donald Trump’s shocking election victory, a shattered Democratic Party and dazed progressives agree on at least one thing: Democrats must replace Republicans in Congress as quickly as possible. As usual, however, the quest to recapture power is focused on tactical concerns and political optics, and not on the need for the deeper conversation that the 2016 election should have provoked us to have: How can we overcome the structural pathologies of our rigged economy and toxic political culture, and galvanize new movements capable of building functional alternatives?

Since at least the 1980s, Democrats have accepted, with varying degrees of enthusiasm, the free-market “progress” narrative—the idea that constant economic growth with minimal government involvement is the only reliable way to advance freedom and improve well-being. Dependent on contributions from Wall Street, Silicon Valley, Hollywood, and Big Pharma, the Democratic Party remains incapable of recognizing our current political economy as fundamentally extractive and predatory. The party’s commitment to serious change is halfhearted, at best.

While the mainstream resistance to Trump is angry, spirited, and widespread, its implicit agenda, at least on economic matters, is more to restore a bygone liberal normalcy than to forge a new vision for the future. The impressive grassroots resistance to Trump may prove to be an ambiguous gift. While inspiring fierce mobilizations, the politicization of ordinary people, and unity among an otherwise fractious left, it has thus far failed to produce a much-needed paradigm shift in progressive thought.

This search for a new paradigm is crucial as the world grapples with some profound existential questions: Is continued economic growth compatible with efforts to address the urgent dangers of climate change? If not, what does this mean for restructuring capitalism and reorienting our lives? How can we reap the benefits of digital technologies and artificial intelligence without exacerbating unemployment, inequality, and social marginalization? And how shall we deal with the threats posed by global capital and right-wing nationalism to liberal democracy itself?


Or, what most self-styled local "progressives" aren't doing as they emphasize gestures over content.

Instead of trying to reassemble the broken pieces of the old order, progressives would be better off developing a new vision more suited to our times. There are already a number of projects that dare to imagine what a fairer, eco-friendly, post-growth economy might look like. But these valuable inquiries often remain confined within progressive and intellectual circles. Perhaps more to the point, they are too often treated as thought experiments for someone else to implement. “Action causes more trouble than thought,” the artist Jenny Holzer has noted. What is needed now are bold projects that attempt to demonstrate, rather than merely conceptualize, effective solutions.