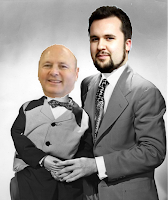 You may not be aware of the vital information conveyed by Communications Spigot Anchor Wielder (Welder?) Mike Hall from Mayor Jeff Gahan to the assembled city council representatives on July 20.

Special thanks to local jazz legend Jamey Aebersold for this musical accompaniment. 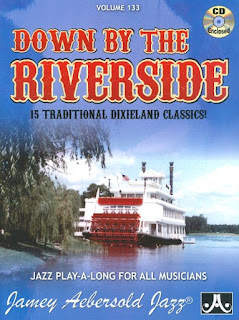 Later during the July meeting, following Dan Coffey's vivid denunciation of sidewalk cafes, the Wizard of Westside used a DQ paper napkin to wipe his lips of barbecued bologna flecks and sauce, and voted "yea" with all eight colleagues on the first two readings of two ordinance amendments aimed at littering. 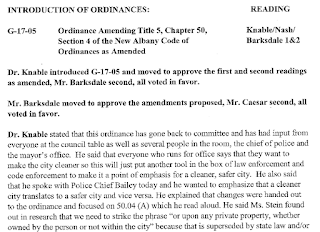 The newspaper's education correspondent (?) was there to record the meeting for posterity.

The governing body passed a litter ordinance that imposes much heavier fines for littering, structured to make citizens think twice before dropping a cigarette butt, ditching a bag of trash instead of paying for a trash service or dumping an appliance.


Tonight there'll be third readings of these bills, and one would imagine their passage is a foregone conclusion given unanimous 9-0 votes.

I've been to fewer council meetings in 2017 than previous years, but we must remember that back when separate votes were taken on all three readings (nowadays the first two are lumped together), Luminous Larry Kochert managed to vote yes, no and abstain during three readings of one piece of legislation over a span of two meetings.

This littering initiative also is ripe for chicanery, and when self-inflicted wounds are the objective, Gahan's your main man.

Gahan has talked his usual big game about "reform," while doing almost nothing to change those preconditions that might spur genuine change. The prime movers of these ordinances are Al Knable and David Barksdale, both Republicans. So is Gahan, although he likes to think of himself as a Democrat. Knable is mulling a mayoral run. If the ordinance passes, it will be Gahan's responsibility to enforce it.

Put all these ingredients in a blender, add some ice cubes and a double deuce of Bud Light Lime-A-Rita, and behold the ensuing frozen toadstool broth.

I predict Gahan will try to "uncredit" Knable by mounting a diversionary assault on the littering ordinance, using Lanky Gibson's lawyerly legerdemain as pretext -- and such is my commitment to quality entertainment that I'll actually attend the meeting tonight just in case amusing pyrotechnics break out.

Wait -- isn't that a hipster cocktail?