Video: "What Is Real Chinese Food?"


I'm researching Chinese food for an article, and the topic is a maze.

There is the diversity of cuisine within various regions of the country itself, and then the way some of these traditions (not others) have come to define Chinese food as Americans tend to experience it -- as comfort food defined more by American tastes, rather than Chinese origins.

This brief, honest and charming video offers a glimpse of Chinese food as encountered by two Chinese-speaking foreigners wandering the hinterlands. They also have numerous other video glimpses of China.

I'm sadly reminded of my timidity in failing to see the world outside Europe, but there's also an element of happy familiarity -- perhaps Slovak bull's balls with gray sauce, or fish stew of indeterminate origin in Portugal.

Obviously there are many videos about Chinese food to watch, as well as books to read, and I have nowhere close to enough time for more than a few while preparing to write.

So far, the biggest mystery is this: What compelled me to buy this Szechuan cookbook in 1983, when I could barely boil water? 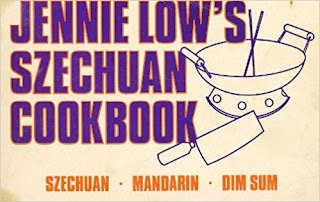