"The Gig Economy Celebrates Working Yourself to Death." 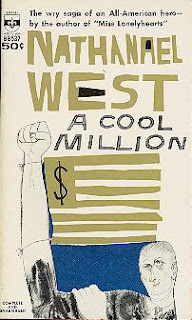 I'm not sure how many chapters have been compiled; perhaps this is the 356th in a series called "My Love/Hate Relationship with America."

The Gig Economy Celebrates Working Yourself to Death, by Jia Tolentino (The New Yorker)

... At the root of this is the American obsession with self-reliance, which makes it more acceptable to applaud an individual for working himself to death than to argue that an individual working himself to death is evidence of a flawed economic system. The contrast between the gig economy’s rhetoric (everyone is always connecting, having fun, and killing it!) and the conditions that allow it to exist (a lack of dependable employment that pays a living wage) makes this kink in our thinking especially clear. Human-interest stories about the beauty of some person standing up to the punishments of late capitalism are regular features in the news, too. I’ve come to detest the local-news set piece about the man who walks ten or eleven or twelve miles to work—a story that’s been filed from Oxford, Alabama; from Detroit, Michigan; from Plano, Texas. The story is always written as a tearjerker, with praise for the person’s uncomplaining attitude; a car is usually donated to the subject in the end. Never mentioned or even implied is the shamefulness of a job that doesn’t permit a worker to afford his own commute.