It looks like the demolition of the old Tommy Lancaster's on Market is underway. Presumably, Gahanesque luxury is on the horizon. 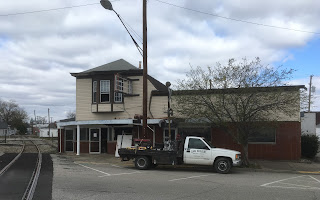 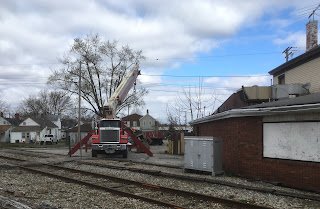 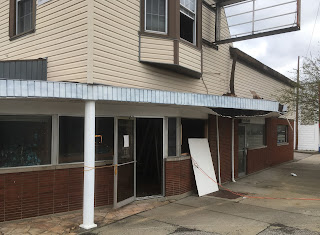 Only the functionaries deep within the shadowy bowels of the Redevelopment Commission know for sure, but they're not talking, and it appears the building formerly housing the Tommy Lancaster restaurant is being gutted in preparation for whatever TIF-laden grandiosity is to come.

Last April, we looked at the gradual process by which absentee owner Vinod Gupta's properties on Market and King Streets were being absorbed by the city of New Albany.

Have a look at Vinod Gupta's Discounted IN Properties.

It turns out that the Floridian seller, Vinod Gupta, is a big-time dealer in "discounted" properties (thanks to T for the link).

Meanwhile, Vinod Gupta, who lives in Florida, made out like a bandit, tripling his money for six years of do-nothingness. Gupta owns 45 properties in Floyd County, and no doubt hopes the likes of (Bob) Caesar convinces the city to overpay him for those, too -- I mean, we simply must make the squalor LOOK better, mustn't we?


Recent Elevate map excerpts (below) show that Gupta's former parcels near (and including) the former Lancaster's have been snatched up by the city, in addition to what used to be Market Boy. Fronting King Street, two city-owned parcels are separated from each other by three properties identified only as "NULL" at the database, suggesting that all five have been joined together.

The vacant corner lot at Vincennes and King remains in private hands. One wonders for how long, and whether a soccer stadium can be made to fit in such a small area. I'm also curious about the city being listed as owner of the railroad right-of-way (final map). 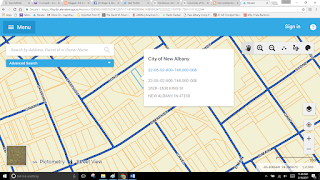 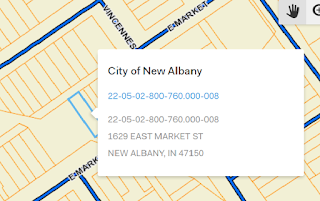 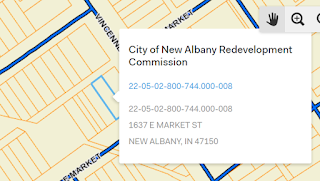 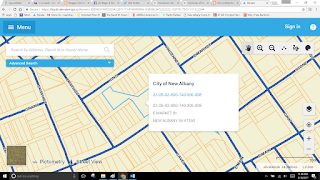 It is probable that Main Street-style beautification lies in store for this area. It's the most efficient means of campaign finance monetization for Jeff Gahan, and we've already outlined his predictably wasted opportunity to civilize Vincennes Street utilizing Jeff Speck's sensible plan.

Imagine heavy trucks still roaring past on Vincennes, with a few garish (and subsidized) painted ladies in a row on King Street, and suburban-style strip mall on the Market Street side, complete with vape shop, nail salon and payday loan operation. Develop New Albany will fall over itself to commission plaques and Pillar awards. Caesar will be delighted; see how nice it all looks now?

Then, when beaks are wet and rosy, perhaps someone can remind the mayor that he hasn't even gotten the $3 million Main Street Rosenbargerization Project right. 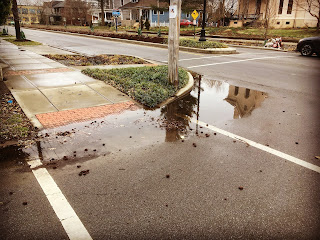 Then again, those millions don't tell the whole story, as now the seasonal landscaping and park-like maintenance of Main Street is underway again, thereby enhancing the property values of adjoining advocates of beautification who have continued to insist against all human rationality that none of this was intended to enhance their property values ... but me, I'm waiting for my verge to be similarly manicured, although I'd forego the manicure if they'd just remove the stumps that have been moldering out there for so many years, and of course I'd be even happier if my council representative beamed back down and actually noticed ANY of these things right in front of his house.

In New Albany, holding your breath surely helps with the stench, but you run the risk of suffocating before anyone in a position of authority beholds the obvious.
Posted by The New Albanian at 3/18/2017 02:45:00 PM