The Jezabels: "What’s a girl to do, standing in the spotlight?"


What's not to love?

It's another fine album by The Jezabels, only two years after the last -- shades of youth, and a new release every year (sometimes twice yearly) by your fave.

New music. What would I do without it?

... Synthia was the best possible move The Jezabels could have made following two uniquely successful albums. On the towering opener ‘Stand and Deliver’, Hayley Mary poses the question “what’s a girl to do, standing in the spotlight?” It’s an appropriate question given her circumstances, and in Synthia we receive a response better than any half-clever thing that I could have concocted from a writing standpoint. The answer isn’t to try to live up to past successes, as that only ever leads to disappointment. The Jezabels wouldn’t have made a Prisoner better than the original, nor could they have created The Brink: Part II with identical lasting appeal. It is, and has always been, about keeping your head up and your eyes forward - after all, that’s the only path we have any say in. It’s clear that The Jezabels are making the most of that opportunity. 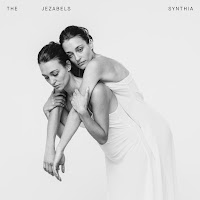