Bridge tolls, social injustice, NA's street grid ... and the silence of the culpable.

Yesterday the grisly details of bridge tolling began making the rounds of Louisville media outlets. Einstein's theory of relativity is more readily accessible than RiverLube's byzantine explanations, although one point is crystal clear:

You should drive more in order to save money!

What's the use in overbuilding auto-centric infrastructure if we don't become even more dependent on cars?

RiverLink tolls: How much it is really going to cost to cross Ohio River

LOUISVILLE, KY (WAVE) - In just a few short months, tolls across WAVE Country will be a reality. The price will range from $1 to $4 per way for everyday drivers, but getting that discounted rate may be harder than you think ...

... what if you miss one day of work? Or only work a three to four day work week? You could be racking up $76 in tolls for that month. That's why RiverLink officials encourage you to keep an eye on your account and if you're under, get in your car.

"It's absolutely going to benefit you to go ahead and have dinner across the river, go and see a show, or do something because you are saving money at that point and you are saving quite a bit of money to hit that 40 mark."


A few short months, indeed. Remember these words, waaaay back in 2010?

It's deja vu all over again: "While Finn did not directly answer the question ... "

"With tolls, I for one believe if it’s any more than a dollar a toll then we are in serious trouble ... Our hope is that it will be significantly less than that. I know $3 tolls would be devastating to this community.” (Jerry) Finn added that he would never vote for imposing a $3 toll for each trip.


Fast forward to yesterday, and this comment from a Southern Indiana resident.

I will change my commute to the Sherman Minton simply because I can't afford tolls. Doesn't matter how much longer that commute will take, I have no choice ... I just can't comprehend the thought of making them so costly. Just no regard for the common man/woman -- really a shame.

Meanwhile, here in Nawbany, does anyone care to predict how long it would take for Dan Coffey, Bob Caesar or someone like them to step forward and demand (not induced demand) that not only should there be no consideration of two-way street reversions, but that the third Spring Street lane should be put back into place to handle the traffic of all those nice folks wanting to shop New Albany during their pass-around excursions to and from work?

Come to think of it: As of this moment, we still do not know what City Hall intends to do about this. Are our streets to remain as they are? To change? The mayor is silent. We are told to trust this silence. Do you? 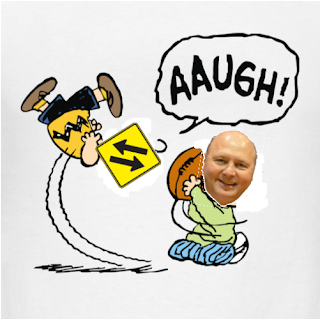 File under idle curiosity on a day when I clocked a few cars going 50 mph down Spring Street.

If one of the publicly stated purposes of the Speck downtown street network study was to prepare NA for tolling-induced gridlock ...

(it says so here)

... and if the need for monetization-friendly engineering studies from Indy-based consultants pushes back any conceivable progress toward street grid reform implementation a full 18 months from April, 2015, to somewhere around October of 2016 ...

... and if INDOT's published "letting" date for two-way street changes on Market and Spring from Vincennes to State does not occur until January, 2017 ...

(as originally revealed here, but let's have a nice pictorial, too)

Then tell us, exactly how is Team Gahan going to "prepare" New Albany for tolling by the time tolling actually starts?

Or, are we “prepared to take steps to avoid gridlock in our downtown,” only “where feasible"?