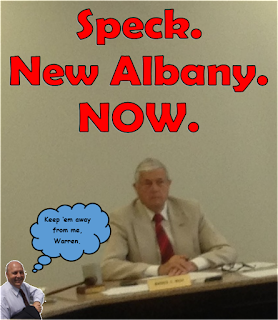 First, the here and now, with a reaffirmation of urban timelessness. The scene is Charlotte, North Carolina, but as you're reading, ponder the Ohio River Bridges Project and the way this financially onerous slice of "mobility" wrongheadedness represents a veritable coup d'état on behalf of suburban power elites in Indyucky.

... Behind the shift are changing demographics and consumer preferences, said Chris Leinberger, a developer and real estate consultant who has worked on projects in Charlotte with well-known developers such as the late Henry Faison.

“We used to think walkable urban use was a niche market,” said Leinberger, who is also a professor at George Washington University. “Now, it is the market.”


Broken Sidewalk thoughtfully provides a companion piece, illustrating Louisville's decision-making "blunders" in the 1960s and 1970s. The important point in this for me is that Southern Indiana's leaders at the time cut their tactics from the same sad cloth. In New Albany, hallowed personages like Garnet Inman, Warren Nash and a whole crop of bankers and civic leaders leveled buildings, paved parking lots, ran interstate-intensity one-way streets through the city, and always sought to keep the undesirables warehoused in controllable areas, apart from the respectable folks.

Why do we venerate and honor these people? Shouldn't they be arraigned and subjected to show trials? After all, today their ilk are the ones we must battle every unresponsive step of the way, seeking to pry slight measures of progress from their cold, clueless, unresponsive hands.

When they pretend to be "democrats" -- well, that's even worse.

Worst: Louisville went crazy with the wrecking ball in the name of “Urban Renewal”

We're still paying the price of poor urban vision from the 1960s and '70s.

[Editor’s Note: Louisville has made some pretty amazing achievements in its first 238 years—but it’s made a few blunders along the way, too. This week, we’re launching a new contributed mini-series documenting eight of the best and eight of the worst decisions, ideas, or projects that have profoundly affected the city. This list is by no means complete—and you may have strong opinions of your own about what should be on the best or worst lists. Share your thoughts in the comments section below. Or check out the complete Best/Worst list here.]

A policy that was intended to improve the quality of life for city-dwellers actually resulted in expediting the social and cultural deterioration of urban Louisville. We’re talking about, of course, the now-infamous urban renewal programs of the mid-20th century.

Large swaths of Louisville’s Downtown were essentially “scrubbed clean” of any existing structures and replaced by acres of asphalt surface parking lots and generic, bland buildings.

The poor were relocated to barracks-style housing west of Ninth Street that lacked any neighborhood appeal and shunned the variety of uses that made cities tick. In case after case, in city after city, these policies of relocation have failed the public good.