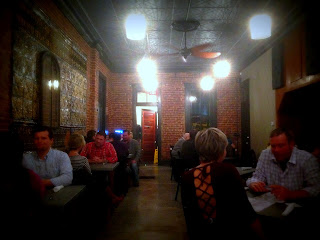 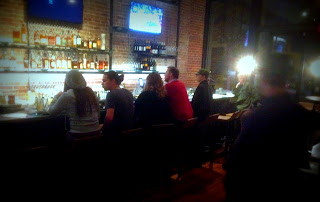 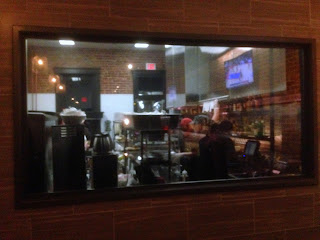 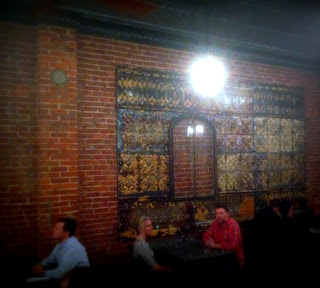 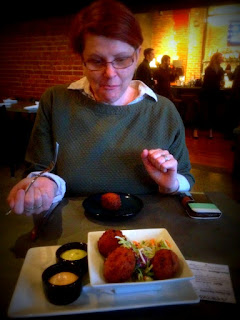 Sunday evening was the second of two "soft" opening nights for Gospel Bird, and although surely there were details to be addressed (there always are), I've seldom seen staff in such a groove at a place yet to officially open (Tuesday at 5 p.m. is it).

Gospel Bird stands to be a vibe unlike any New Albany has witnessed during the first decade (Bistro New Albany opened in 2006) of its downtown food and drink renaissance. Brooklyn and The Butcher, and now Gospel Bird. My personal challenge is to avoid regaining the weight I've lost.

Below is a reprise of the menu. The first photo above shows the Thunder Thighs (fried chicken) entree, with chorizo baked bean, biscuit and Alabama ranch sauce; Gospel frites (fries with a side of fire sauce); and the Brutus salad. The missus is also seen with the appetizer called Fever Dog (hush puppies). I had Founders All Day IPA, reasonably priced at $4.50 for a shaker pint. Our plates were cleaned of food; service was dialed in. 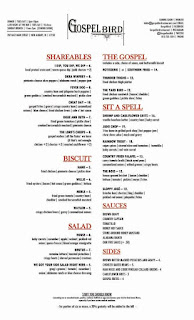 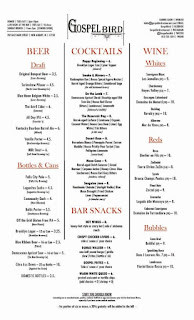